The Verdict On The Gambler: Is It Worth Your Money?? 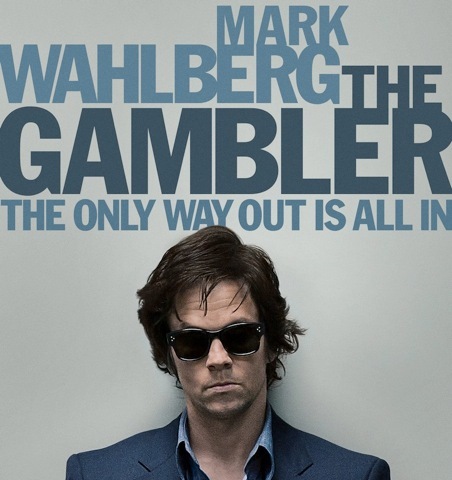 Synopsis: Jim Bennett is an intelligent university professor with a self-destructing habit of gambling. His belief of having it all or having nothing has caused him to bet all his money while his life poses as collateral for his borrowed wealth from loan sharks and gangsters. In the end, Jim finds out that his unreasonable actions have endangered the lives of his loved ones including Amy’s, a student he shares a deepening relationship with.

Would you bet your money on this production just like would bet online on popular sites such as Jackpot City Casino?  The Gambler is a crime-drama film that sources its plot from James Toback’s screenplay of the same film in 1974. It has now been adapted by screenwriter William Monahan and directed by Rupert Wyatt whose brilliance was shown in the film Rise of the Planet of the Apes.

Can this movie truly survive by only relying on the people behind the camera?

The Gambler revolves around the protagonist’s addiction. Jim Bennett, a son of a wealthy mother named Roberta played by Jessica Lange whose character lacks strength and substance. As the camera rolls, the audience will be pulled inside Jim’s world as he uses his students to his own personal gain while he continuously builds a deepening relationship with Amy. Ironically, while you follow Jim’s ruthless obsession, the looming nonchalance of each character becomes more and more evident.

I hear you, establishing the roles of supporting characters may not be Monahan’s biggest strength as shown by their shallow appearances. While the spotlight focuses on Jim’s high-stakes betting, other characters seem to float like dragged plot devices with half-baked personalities. This lack of power is further highlighted as Wahlberg’s unconvincing performance adds more injury to the film. Apparently, despite Wyatt’s attempt to pour his stylish directing skills, his actors struggle to put an equally praise-worthy energy. Let us not say that everyone failed. In fact, each of them has put on a lot of effort to bring their A-game after all, the result is not lacklustre but it certainly lacks the extraordinary flavour that would satisfy the meticulous taste of most audience.

The Gambler is a story of a good looking, wealthy and intelligent man whose existential crisis brings the camera to his compulsive gambling. Unfortunately, the film misses its aim as the plot fails to grip the moviegoers’ attention. The challenge lies on how to turn a simplistic material into a captivating film that would draw people in and as the scene connects to the other, it would be too easy to tell that the goal is not fully accomplished. If only Jackpot City Casino had been there for Tobey Maguire during his hour of need – unfortunately for Tobey however, he chose to go down the land-based casino route

Is The Gambler worth your money? There are always winners and losers. You can try your luck and bet that the film will not disappoint but looking at the critiques, it’s a 50-50 chance.