The Verdict On Seventh Son: Is It Worth Your Money?? 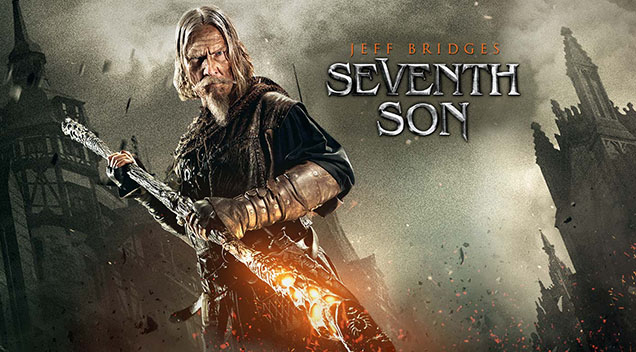 Synopsis: Master Gregory had once saved the mankind when he imprisoned the powerful, malevolent witch, Mother Malkin, centuries ago. But peace is about to be disrupted as she escapes from his captivity. Master Gregory is well-aware of the destruction she can bring to humankind and he only has until the next full moon to train Tom Ward, the seventh son of a seventh son and the only person who can defeat Malkin’s dark power against humanity. Will the two make it on time?

What happens when you mix Jack the Giant Slayer, Game of Thrones and The Lord of the Rings? The answer is not really far from Legendary Pictures’ recent offering known as the Seventh Son. It is an epic fantasy film based on Joseph Delaney’s first story titled The Spook’s Apprentice or The Last Apprentice: Revenge of the Witch, in America’s version. First from his series of The Wardstone Chronicles, Delaney’s literary genius is interpreted on-screen by critically-acclaimed director, Sergei Bodrov who was initially recognised for his genius in the drama Prisoners of the Mountains and Mongol.

Seventh Son is the conventional fantasy flick that most of you would have grown watching. There are witches, two valiant knights, ogres, and other supernatural that would make up a perfect fantasy motion. But can this generic plot still win the crowd?

The story centres on Master Gregory and The Seventh Son who team up to defeat a malevolent witch who escapes from her fate of imprisonment. As she plans her way to spread her wrath against humanity, Master Gregory trains Tom, a farmer who has the ability to see visions of doom. While Tom seems unfit to play heroic deeds, do not hold long on your doubts as he reveals to be the seventh son of a seventh son, the only person who can save the mankind from the cruel revenge of Mother Malkin.

However, do not be deceived. While the film can boast about its stellar cast and crew, it cannot compensate for its poorly-outlined, messy plot. There is too much going on that it is so hard to follow the sequences without feeling bored. In fact, the film’s witless creation has wasted the possibility of a blockbuster premier as it gets too unfocused and disordered when presented to the audience, talk about cluttered ideas compressed in 102 minutes of an all-encompassing make-believe. The Seventh Son has totally fit the description.

This goes to prove that the quality of the film cannot be altered by showing off big Hollywood names on the billing, spectacular visuals and set design cannot be used to cover the flaws of an unimpressive plot and even the beautiful Canada backdrop won’t suffice to erase the impression of trashy overall product.