The Verdict On Focus: Is It Worth Your Money?? 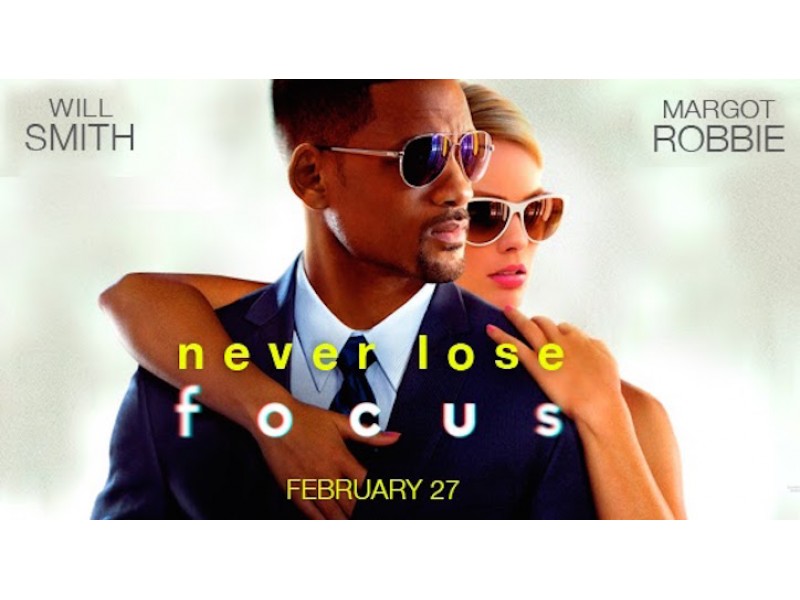 Synopsis: What happens when a veteran con artist meet a novice grifter? This is where the story revolves as veteran con artist Nicky crosses paths with the inexperienced Jess while they are both playing their respective characters inside a nightclub. The latter is very impressed with Nicky’s skills that she asked him to take her under his wings. Nicky abides and finds himself losing focus as he slowly realises that he is actually falling in love with Jess. Can the two con artists live a romantic life considering the mess that they both have created?

From the directors of twisty romance movies such as Crazy Stupid Love and I Love You Philip Morris, comes another romantic comedy that has graced the screen since 27th of February, 2015. Focus is an American dark comedy-romance that revolves around the story of two con artists who fall in love with each other but are caught in a mess that they both have created. While many have argued about the reliability of its plot, most questions are actually centred on Will Smith as he brings you another film that might leave a lasting impression on his value as an actor.

In this film, Will Smith plays Nicky, a veteran con artist finds himself losing focus as Jess, played by It Girl Margot Robbie, requests for him to teach her the skills needed to be a good con artist. As the film progresses, these two characters will catch themselves in a cobweb of lies, but while the plot begins to lose its solid foundation as it progresses, the chemistry between these lead actors remains intact.

Indeed, Smith’s charisma stays strong as ever to the point that it almost feels like it didn’t lose a single spark from the day we saw him in Hitch. His magic is absolutely present but critics believe that the audience deserves more shining moments from him. Perhaps this time, the spotlight gives more glitter to Robbie who delivers her part despite her under-used stance in the film. Nevertheless, this new on-screen couple has showed a promising mark despite the evidently half-cooked flavour of romance.

This is not to say that the staff and crew behind the film have totally lost its focus. In fact, the numerous twists and turns poured into this romantic-dark comedy have helped in building its worth. The fun and engaging tone has formed an enjoyable storyline that not only focuses on the actors but also more on the overall film setting.

Besides Will Smith’s charisma, the credits also extend to the rest of the actors and the people behind the camera. You just have to see their tricks in able for you to believe it.