The Verdict On The Insurgent: is It Worth Your Money?? 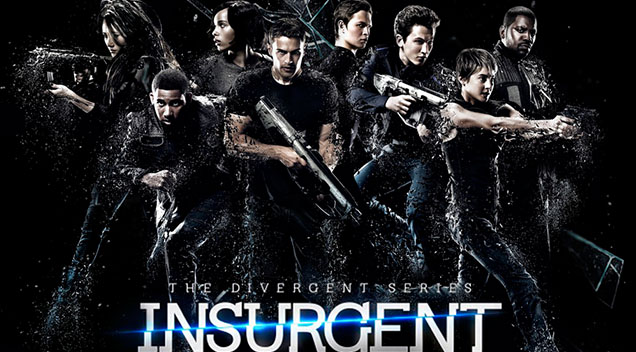 Synopsis: Tris and Four are fugitives on the run as villainous Jeanine, leader of the Erudite, sends her goons to hunt them down. Being a divergent, Tris is used to open an artefact which as believed by Jeanine, will accomplish her greed for power only to be surprised by the truth that is hidden inside the box.

It is time to face reality, a harsh one, for The Divergent Series: Insurgent as it comes as unremarkable as its 2014 predecessor, Divergent. Schwentke took over the director’s chair from Neil Burger as the former brings his audience into the feeble production of this science fiction-adventure film that is still based on Veronica Roth’s Divergent Trilogy book.

Insurgent follows the powerful female character of Tris, liberator of humanity, and her relationship with Four, whose real character name is kept hidden to the audience as part of the film’s premeditated twist. Now on its second instalment, the couple has turned into fugitives on the run while Jeanine, leader of the Erudite, hunts all Divergents who can unlock the artefact taken to her faction. As the box is said to contain a data that might lead Jeanine ruling the five factions –Amity, Candor, Abnegation, Dauntless, and Erudite, Tris, a 100% Divergent, turns herself in to save members of the factionless. This has later on paid off as she finds the answer she is looking for, with the help of Peter. Unfortunately, while every interaction with each character keeps the film flowing, this has done very little in making the film appealing and memorable.

With heavy words such as Divergent, Abnegation, and Candor among others, the audience’s interest seems to fleet away from this convoluted storyline proving that complexity in plot should be dealt with utmost care as it can easily waste prominent talents. This is what further scars the film’s lofty ambition. The lack of depth in terms of character development has sent Naomi Watts, Shailene Woodley, Kate Winslet, and Octavia Spencer in the faction of less compelling actors as their acting prowess appears to be overshadowed by poorly-executed narrative. There is just too much going on in every sequence, which weakens the film’s overall production as opposed to coming up with a well-developed material.

With very little to no substance at all, Insurgent will remain as one of the weakest links in the thriving genre of Young Adult fiction. The audience may keep wishing for compelling portrayals and scenes but given the not-so-exceptional performances, many would go home feeling annoyed and disappointed.

On the other hand, Insurgent got it right when it comes to Joseph Trapanese’s music, which is painful because this is not what the audience pays for. Perhaps, the best is yet to come. You can only pray for two satisfying film adaptations of the final book.