The Verdict On The Duff: Is It Worth Your Money?? 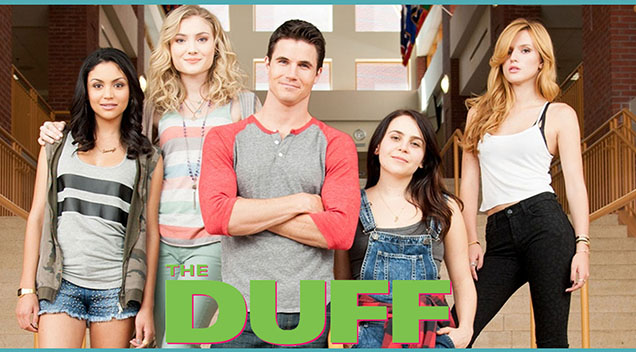 Synopsis: Bianca is a typical yet intelligent student who is happily living her high school days alongside her two beautiful, stylish, and popular friends, Jes and Casey. She is also a former friend to her neighbour Wes who brands her as the DUFF or the Designated Ugly Fat Friend to her most-admired friends. Bianca takes it as an insult and in return, breaks her friendship with Jes and Casey. She tells Wes she does not want to be the DUFF anymore and asks for his help to transform her in exchange of her helping Wes to pass his Chemistry exam. Afraid to lose his athletic scholarship, Wes accepts the offer leading them to the needed realisation that all young adults will surely relate to.

Self-love, validation, body image, and friendship, these are some of the most timely issues that will push this film to its market. It is a known and disappointing fact that social media highly influences young adults and this is what makes The Duff one of the hottest films today, in terms of storyline.  Apparently, the quality of film making weighs more than the narratives and materials and this is the part where the team should be worried about.

The Duff is an American YA comedy film based on Kody Keplinger’s novel of the same title. It stars Whitman as the lead character Bianca, an intelligent yet not so popular high school student who walks through the hallways alongside her glamorous, stylish, and beautiful friends, Jes and Casey. Whitman who starred in Parenthood is a ball of energy in this film as she laces her character with so much wit and comedic artistry. Her tailored acting as Bianca Piper shows an undeniably working chemistry with Amell who plays the part of Wes, Bianca’s former friend who brands her as the DUFF, also known as the Designated Ugly, Fat Friend, which does not necessarily have to be taken literally. As Wes explains, a Duff is a person that other people use to get near the popular ones, in this case Jes and Casey. There is nothing extraordinary about Sandel’s work though, despite the fact that he casted well-performing actors and actresses who obviously showed their best to elevate the film’s standing. Moviegoers certainly deserve more than the recognisable cast.

The Film echoes mediocrity so loudly that it cannot even be compared to other High school drama classics in the past such as She’s All That and Easy A.  However, The Duff is absolutely worthy of time and money as it will tackle pressing issues that besiege today’s generation. Sandel and screenwriter Josh Cagan have somewhat saved it from being a total rubbish by beefing it up with positive screenplay and sequences about self-love and acceptance towards the end of the film.

Is it worth catching? While moviegoers are all fired up about dystopian Young Adult films for the past years, The Duff, though forgettable, is like a breath of fresh air.