The Verdict On Avengers: Age of Ultron – Is It Worth Your Money?? 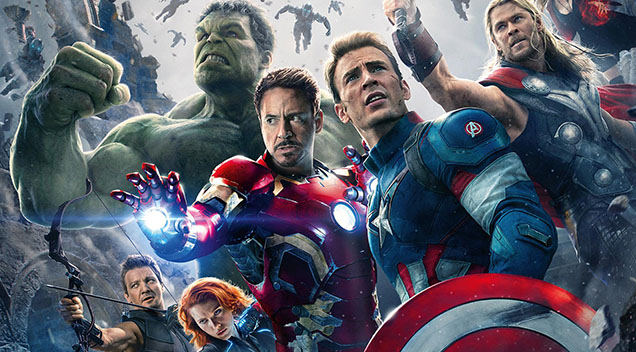 Synopsis: Stark, assisted by Banner, creates a defence program named Ultron, which is about to destroy not only the Avengers but all of humanity. Believing that peace should be achieved by eradicating human life, Ultron moves to fulfil its mission, first interrupting the Avengers’ victory party. The heroes have to fight among themselves to stop its fruition but the robot’s final plan has just started. Can the team save humanity or will it be too late to break the monster that one of them has created?

Is Avengers: The Age of Ultron better than its predecessor?

Avengers: The Age of Ultron is a 2015 American superhero movie based on Marvel Comic, Avengers. It is the 11th instalment in the series of superhero films under the Marvel Cinematic Universe, with an audience that seems to always cry for more.

The film focuses on Ultron, a defence program completed by an artificial intelligence discovered by Stark and Banner. While Stark creates it as a solution to the humanity’s need for peace, the destructive robot, apparently, has a mind of its own. Believing that its mission is to bring peace to the world by annihilating human life, Ultron moves out of its comfort zone and begins its plan by attacking the Avengers who seem to be caught off-guard in the middle of their victory party.

With so much actions going on and a stellar cast to handle, Whedon actually did an amazing job in making sure that no characters are wasted and no unnecessary scenes are injected. In fact, he has managed to step up his skills as he throws deep and interesting emotions to the characters of Avengers. There is a big chance that the film’s superhero lovers might favour this instalment more than the others as the team develops more human interaction with the world, the robots, and with each fellow Avenger.

The budding romance between Black Widow and Hawkeye is one of the many highlights of the film. Added to it is the pinching emotional vibe when Hawkeye has to fight Hulk during one of the action-packed sequences. Audience will definitely get emotionally invested to it as they feel the characters’ desire not to hurt each other. Now, you may ask where is Thor and Captain America amidst all this non-stop devastation, apparently, while Whedon impressively built the scenes around the Avengers, some bold characters are left on the side However, this should not make you enjoy the film less.

What is more praiseworthy about Avengers: The Age of Ultron is the fact that it does not solely market the narrative on the foundation of destructive robots, flipping cars, and other unimaginable chaos. The film has the ability to keep its audience still for more than 141 minutes. It is crafted full-heartedly and the scenes that show a glimpse into the life of each character will absolutely make you feel the team’s commitment.