The Verdict On The Age of Adaline: Is It Worth Your Money?? 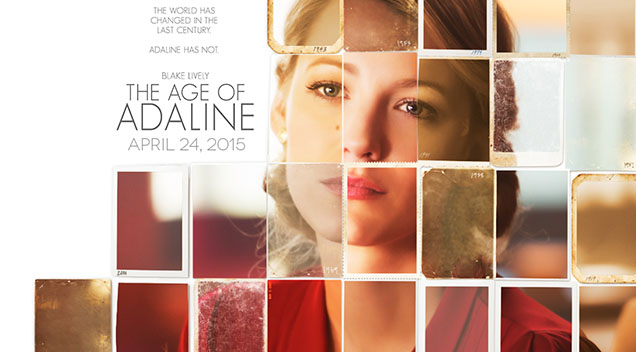 Synopsis: Adaline Bowman is a young, beautiful woman who manages to live in solitary for fear of having her secret divulged. Things will have to change though, as she faces the most life-changing decisions in her life when she meets Ellis Jones, a rich and young prince charming in present time. Can their romance survive, especially that Adaline remains ageless for eight decades?

Spring won’t be as dull as it seems to be for hopeless romantics as The Age of Adaline hits the cinema to bring a different touch and twist to your ordinary romance idea. It is an American romantic fantasy film that hopes to cut through the box office list that appears to be dominated by other film genres.

The Age of Adaline is a reflection of Krieger’s stylish directing skills and artistry. He may be 32 years old but the product of his craft can easily be compared to those of the veteran directors who live their lives for quality filmmaking. Unfortunately, Krieger’s artistic abilities are not sufficient to hold the film’s lofty ambition.

Breathing life to the title character is Lively. She portrays the role of a beautiful 29-year old woman who stops aging for eight decades since her freaky car accident, a condition that is so outrageously manipulated with dramatic lightning strikes to create a storyline that the team can work on. Lively’s charm and effortless grace have definitely come out in this first ever lead role given to her. This is not a big surprise as she, herself, has already proven her worth as an actress through her different performances in Gossip Girl, Green Lantern, and Sisterhood of the Travelling Pants. Unfortunately, while Lively is a classic persona that glides impressively through different era such as World War II and Great Depression, Huisman seems to be lacking in powerful and convincing acting. This takes a toll in their love story. The fact that the narrative sets up Adaline in a solitary life may have damaged their chemistry. It is out of sight from the very beginning.

One of the most magical scenes that will surely delight the audience is the meeting between Adaline and William Jones, played by the A-list actor Harrison Ford, who as it turns out, is one of Adaline’s lovers in the past. His presence in the film is one of the most celebrated aspects in this narrative. Undoubtedly, Ford’s glitter has never diminished and you can tell it by the way he adds credibility to this movie. There was no disappointing moment every time the camera focuses on him.

Is it worth your money? The Age of Adaline is a great escape from the series of action films you have been offered with. While it’s definitely forgettable, the work is quite tolerable for the romantics of the present day.