The Verdict On Pitch Perfect 2: Is It Worth Your Money?? 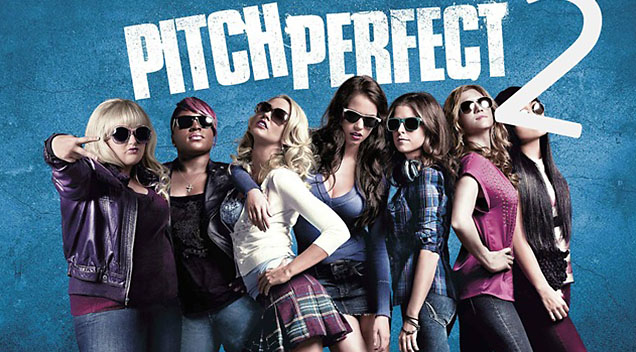 Synopsis: When Fat Amy had a wardrobe malfunction during a performance at the Lincoln Centre, the Barden Bellas have once again found their group suspended from a capella. This has caused them their reputation but the team won’t back down. In order to seek redemption, the group competes in the international competition in Copenhagen, a big endeavour for the Bellas as no Americans have ever won the title.

Pitch Perfect lovers must be praying so hard that it just got answered. Three years after its surprising success, Producer Elizabeth Banks has stepped up her game and directed its sequel, Pitch Perfect 2. This time, the most-awaited musical comedy film got bigger and louder.

Pitch Perfect 2 picks up following an unfortunate accident. Fat Amy played by Wilson encountered a wardrobe malfunction at the Lincoln Centre while performing for President Obama.  As shockingly scandalous as it was, the creative team obviously found a new twist and touch to its comedy tricks and who else can better do it than Wilson!

The Barden Bellas have once again found their group among the misfits after their reputation was ruined by the incident. But just like the determination seen in the first film, the team won’t back down. In fact, their hopes even got bigger this time just like the film’s whopping $29 million budget. If production finances are an indication of a high-quality film, Pitch Perfect will definitely land at the top spot. Unfortunately, there is more to it than money matters.

While some actors from the first film were still visible in this sequel, Banks may have sensed the need for a fresh talent to further boost the expected success of the film. She sees Steinfield who was now casted as Emily, a Barden Bella wannabe. Emily arrived just when the team was facing its darkest hour. Her addition to the group lead them to Copenhagen where the Barden Bellas entered the international competition hoping to redeem their damaged reputation.

Bank’s debut as a director does not seem too bad. In truth, it even appears credible as Pitch Perfect 2 showcases a more riotous sequel filled with an energetic and bubbly ensemble of a cast. This proves that female groups can very much dominate the scene and it is twice the fun as reflected.

Pitch Perfect 2 is too far from being a flawless musical film. Although the production gets ultimately bigger, the sound louder, and stars shine even brighter, it still has more opportunities to explore. The lack of uniqueness is not surprising and it would have been good if they only veered away from concentrating on overly predictable sequences that most Glee fans had already seen on TV.

Should you sing your way to the theatre? Pitch Perfect is not perfect at all, but it is an absolute crowd-pleaser that offers pure entertainment.