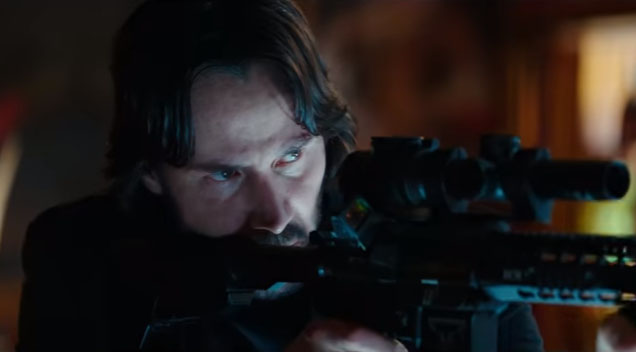 Keanu Reeves is back in the big screen as hard-core hitman John Wick and the trailer looks action packed as expected.

In this latest instalment to the John Wick franchise, John Wick aka Keanu Reeves is forced back into the deadly game and out of retirement because of a former associate who is planning to seize control of a sinister international assassins’ guild. Since John is obligated to help him due to a blood oath, he travels to Rome where he has to go up against some of the world’s deadliest assassins. The movie stars Keanu Reeves, Common, Riccardo Scamarcio, Laurence Fishburne, Ruby Rose, Bridget Moynahan, Lance Reddick, Franco Nero, John Leguizamo, and Ian McShane.

Check out the trailer below (source: Lionsgate Movies):