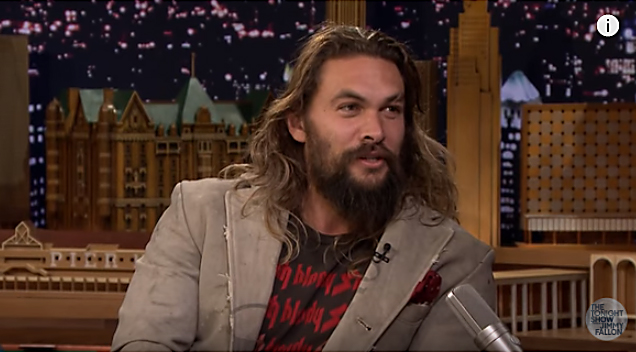 Before Jason Momoa became DC’s Aquaman. he was famous for playing Khal Drogo from Game of Thrones and he was definitely perfect to play the part.

When Jason was a guest at The Tonight Show with Jimmy Fallon, he talked about his new series on Netflix called Frontier and he also revealed that after he starred in Game of Thrones, people didn’t think he could actually speak English.

Check out the interview courtesy of The Tonight Show Starring Jimmy Fallon: