It’s Official: Netflix’s ‘Dead To Me’ Has Been Renewed For A Final Season 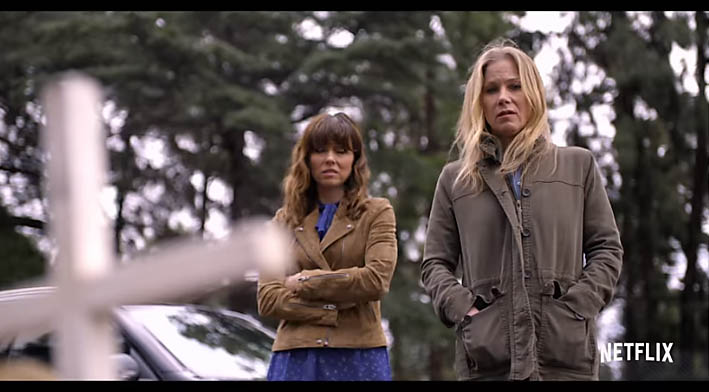 It looks like Netflix’s smash-hit comedy-drama Dead To Me has been renewed for a third and final season and we can’t wait to get into this all over again!

Dead To Me revolves around the friendship between Jen and Judy who initially met in a therapy group. Here’s the synopsis of the show according to Netflix: “Jen’s husband recently died in a hit-and-run, and the sardonic widow is determined to solve the crime. Optimistic free spirit Judy has recently suffered a tragic loss of her own. The ladies meet at a support group and, despite their polar-opposite personalities, become unlikely friends. As the women bond over bottles of wine and a shared affinity for “The Facts of Life,” Judy tries to shield Jen from a shocking secret that could destroy her life as she knows it.”

Netflix recently tweeted “The brilliant Dead To Me has been renewed for a third (and final) season!” confirming that it’s officially coming back but unfortunately, it will be the show’s last.