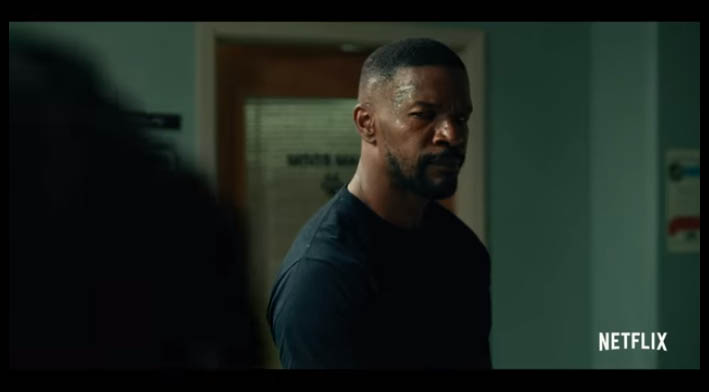 Netflix has just released a trailer for Jamie Foxx’s latest film called “Project Power” and it looks pretty damn EPIC! Similar to the 2011 film “Limitless,” this new movie is also based on a powerful pill. While in Limitless, whoever takes the pill gains the ability to use the full extent of their brain, the pill in Project Power is a bit different — it can actually give whoever takes it temporary superpowers.

Here’s the full synopsis of the movie according to Netflix: “On the streets of New Orleans, word begins to spread about a mysterious new pill that unlocks superpowers unique to each user. The catch: You don’t know what will happen until you take it. While some develop bulletproof skin, invisibility, and super strength, others exhibit a deadlier reaction. But when the pill escalates crime within the city to dangerous levels, a local cop (Joseph Gordon-Levitt) teams with a teenage dealer (Dominique Fishback) and a former soldier fueled by a secret vendetta (Jamie Foxx) to fight power with power and risk-taking the pill in order to track down and stop the group responsible for creating it.”

Check out the trailer below courtesy of Netflix (screenshot from Netflix):