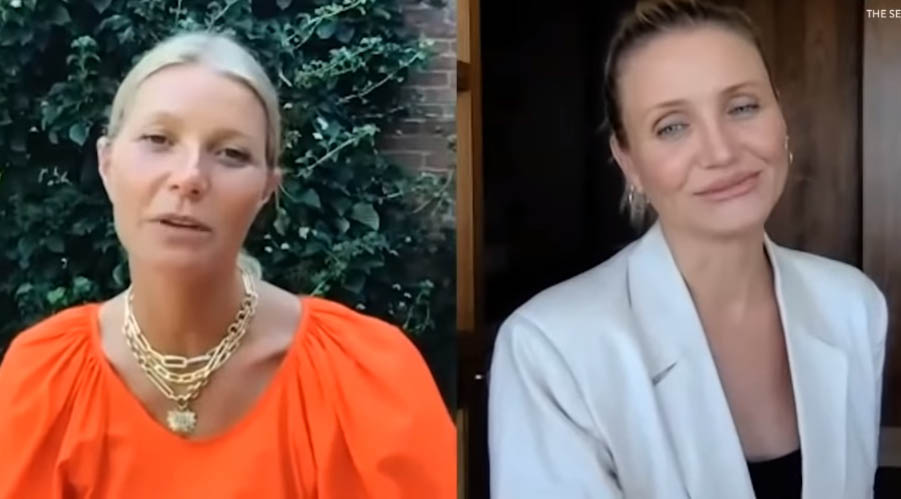 Cameron Diaz at one stage was one of the biggest stars in Hollywood but she has recently revealed that she found “peace” in her “soul” after walking away from her Hollywood career two years ago.

Diaz is famous for her roles in films like The Mask, There’s Something About Mary, Charlie’s Angels, and Shrek but she has not acted since Annie, which was released back in 2014.

In a new interview on Gwyneth Paltrow’s In Good Health, Diaz explained that her decision to stop acting actually brought her “peace.”

When Diaz was asked what it was like to “walk away from a movie career of that magnitude.”

Diaz responded by saying: “A peace. I got peace in my soul because I finally was taking care of myself.”

“It’s a strange thing to say, I know a lot of people won’t understand it, I know you understand it, but it’s so intense to work at that level and be that public and put yourself out there.” She added.

“There’s a lot of energy coming at you at all times when you’re really visible as an actor and doing press and putting yourself out there.”

She further revealed that working on major movie sets could be “overwhelming” so she just wanted to be able to look after herself again instead of having everything done for her.

“I stopped and really looked at my life,” she quipped. “When you’re making a movie, they own you. You’re there for 12 hours a day for months on end, you have no time for anything else.”

Diaz may have retired from acting back in 2018, however, as per the Evening Standard, she did not cross off a potential comeback in the future, stating in April: “I’m never gonna say never because I’m not a person who says never about anything.”