One On One Interview With “Hitmen” Star Tonya Cornelisse 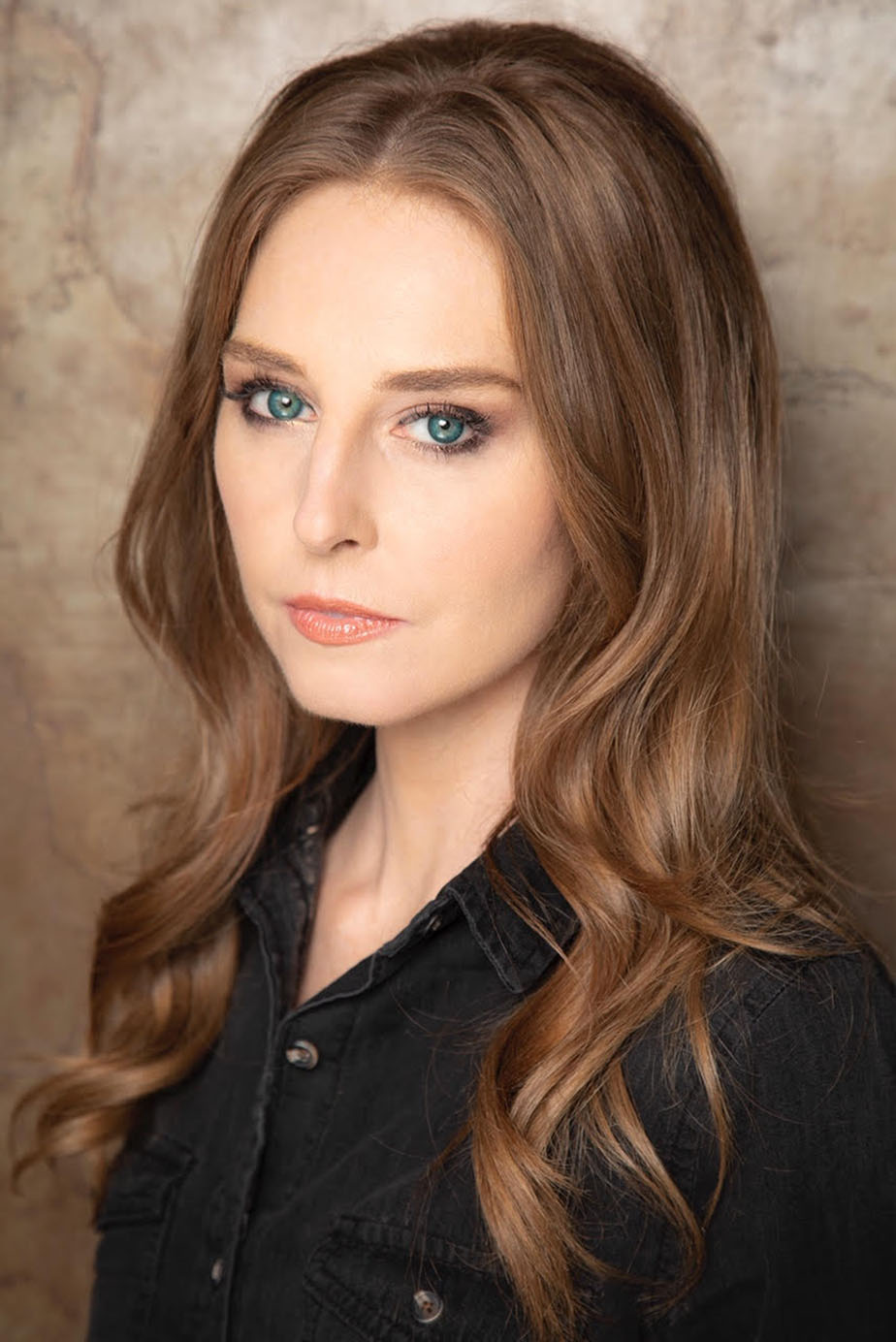 To say that actress and writer Tonya Cornelisse has had an illustrious career in theatre, film, and television is an understatement. From acting in Who’s Afraid of Virginia Woolf on Broadway, to winning the audience award for her writing at Sundance, to working along with such notable talent as Philip Seymour Hoffman, Nick Cassavettes, Riley Keough, and Kelly AuCoin, Cornelisse has worked in over 40 films big and small. The award-winning actress can now be seen in NBC Peacock’s new comedy series “Hitmen” (SKY ONE) alongside the British comedy duo Mel Giedroyc and Sue Perkins (“The Great British Breaking Show”) which the New York Times has just included in their “Watching” newsletter as a must-see (“Hitmen” is currently streaming). She also co-stars in the 2020 Sundance FF feature film MOPE, currently streaming on VOD and is also set to co-star alongside Juliette Lewis and Christina Ricci in the upcoming Showtime series “Yellowjackets”.

“Hitmen” is the latest comedy series that NBC’s Peacock has acquired from overseas, and the UK dark comedy mixes pitch-black humor with rapid, dry banter between the all-star duo of Mel Giedroyc and Sue Perkins who star as professional hitmen ‘Jaime’ and ‘Fran’ respectively. Cornelisse stars as the gravel-voiced, ultra-intense American rival ‘Liz’ whom lesbian ‘Fran’ is smitten with. ‘Liz’ occasionally drops by the duo in her hitman-esque black SUV to keep their beef going and to fluster ‘Fran’. The show’s six episodes are each structured around an individual kill and find their comedy in the workaday tedium of contract killing, from debating who is the sexiest character in The Lion King to pranking fellow hired guns. The series has been praised by critics, with The AV Club saying “This tonal fusion of slapstick silliness and wry heart is a welcome re-imagining of the lady assassin trope, which often demands that an anti-heroine look impossibly hot as she pulls a trigger and affects a constant, unflappable cool even in the most dire circumstances.” The series is currently streaming on NBC’s Peacock.

Born in NYC and raised in Michigan, Cornelisse fell in dance at a young age, ultimately taking center stage as a ballerina for the Chicago Ballet’s Jr. Dance Company. Growing up in a family that believed in taking many extracurricular activities, she began taking drama and when asked by her teacher to pick a play to act out, she decided on The Odd Couple with her in the leading Jack Lemmon role. The acting bug had a bit, and before she knew it, at the age of 16 she was admitted by early action to NYU’s Tisch School of the Arts where she went on to double major in Psychology. In three short years, Cornelisse found herself working Off-Broadway with some of the best in New York including Phillip Seymour Hoffman, Alan Arkin, and Thomas Sadowski. She also understudied in the Broadway revival of Edward Albee’s Who’s Afraid of Virginia Woolf, performed in a handful of indie feature films, and won “Best Supporting Actress” at the prestigious Humana Festival at The Actor’s Theatre of Louisville. Her career in film began taking off and she decided to move to Los Angeles where she also began focusing on writing. Soon after the move, her comedic short film DOG LOVERS that she wrote, produced, and starred in, premiered at the Sundance Film Festival, ultimately taking home the short film award and earning her a deal with FOX Searchlight Digital.

Cornelisse then booked a co-starring role in Nick Cassavetes’ indie dramedy feature YELLOW alongside Riley Keough, Sienna Miller, Melanie Griffith, and Ray Liotta which went on to compete at TIFF and SXSW, winning the audience award at the latter. Next came a role alongside Sofia Vergara and Andy Garcia in the feature film BENT, as well as tv roles in hit shows such as “Parks and Recreation”, “Scandal”, “How to Get Away with Murder”, and Amazon’s “Catastrophe”. Beyond acting, she is an active writer having written two animated projects and two pilots during quarantine alone. She is also a writer, producer, and sketch comedian for the half-hour digital sketch comedy series “The Homemade Sketch Show” which was just picked up to series by Tubi TV.

StarCentral Magazine recently caught up with Tonya to discuss her journey in the entertainment industry and here’s what went down:

I’m the firstborn child – my parents were young and busy just trying to make it and pay the bills, put food on the table, etc. and they put me in every single extracurricular activity that existed. I latched on to ballet and from there it became obvious that the theatrical aspect of “assuming the role” and making people feel alive took over. I started doing semi-professional theatre when I was 12 years old. My first role was a Weasel in “The Wind and The Willows.”

The storytelling aspect. To able to create a world that needs to be seen and heard. It has the possibilities when done right, to connect with so many people (humanity) no matter which country, color, or age… it makes people feel less alone in the wild world.

The word impatience comes to mind. But I have worked on that and vastly improved! Ha. Being passionate about doing justice to the character you are about to take responsibility for and being in charge of that spirit is something I don’t take for granted. You take it off the page. Trusting the process requires a little patience.

I’m pretty fearless or so I have been told. I love diving deep into the id (underbelly) of the character. I don’t shy away from the uncomfortable stories that might make someone put it aside and say “no thanks.” I think we all share a sense of deep longing to be loved. Joker, actually everything Joaquin Phoenix does, is a brilliant and humbling example of what I am talking about. 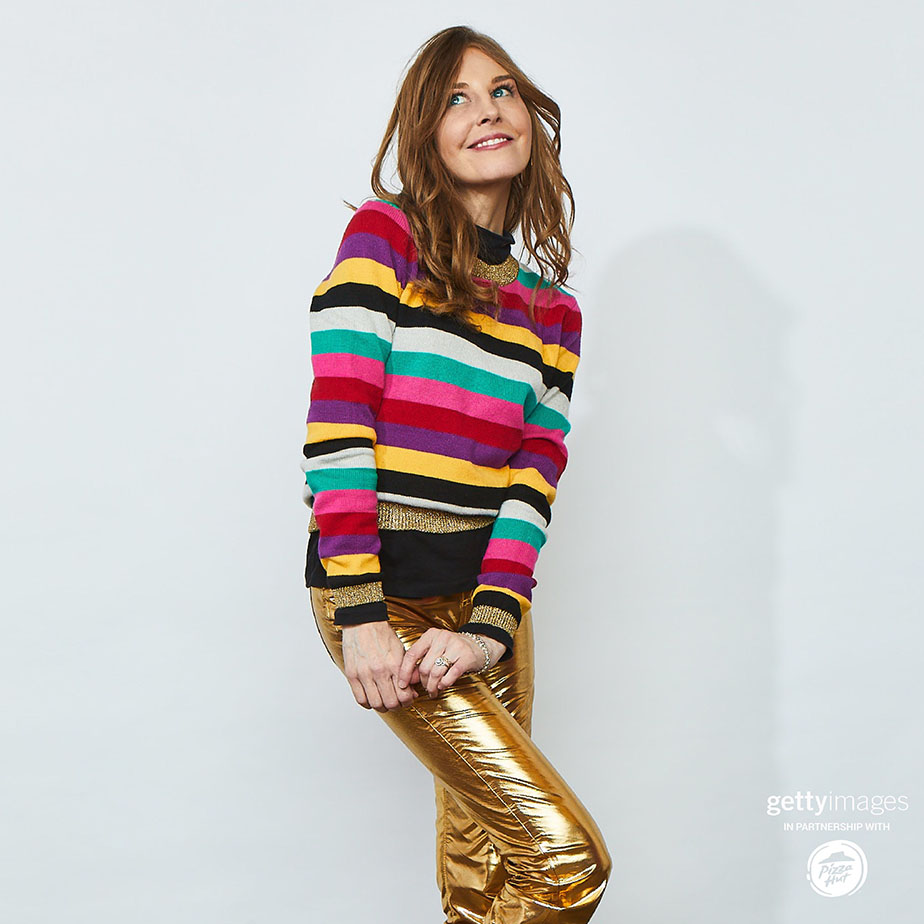 The best directors I have worked with inspire me to DIRECT! They command the ship on a film and it starts from the top. When a director fosters a creative environment from day one and makes everyone feel validated and necessary …. It opens up this gateway of trust and creativity. True magic can happen! Everyone wants to do their best and elevate the work, it’s visceral, like when you can smell the rain! It’s the best feeling.

Well, if you’re in it because it’s in your blood, difficulties are just that – challenges. However, on a day-in-day-out basis, you’re rejected and the odds are crazy and out of your control for a large part. You have to just do it for you … go in there and get the chance to lay down a piece of you. Share your soul. Bobby Moresco (Crash), a mentor of mine and dear friend, runs The Actors Gym in LA and often reminds us “the only thing required is to leave something up there (stage), leave a piece of YOU” – that is all anyone is looking for. So have fun and DO IT FOR YOU!

I love script work. In film and especially television, that is often your only rehearsal. And it is a solo process. As opposed to the stage where you get the time to dive in all together. That said, I am very physical about the approach of “doing the work” – The script work is the preparation, then when you start to speak the speech – that is the moment it begins.

I write. I had a film that went to Sundance called Dog Lovers that I wrote based on an improv I did with Alan Arkin (I know, right!?). I’m passionate about our underprivileged youth (LA has far too many kids struggling), I work with some great people to mentor these kids and give them the opportunity to foster they’re creativity on the weekends and after school instead of hanging out on the streets. I love to dance. I know way too much about wine (or just enough). For basic peace of mind, I also meditate.

I’ll just say the first thing that came to mind. Working with the queen Gena Rowlands, she played my Grandmother in a film called YELLOW brilliantly directed by Nick Cassavetes. Gena’s performance in Woman Under The Influence (and so many more) changed my life at age 16.

Again, off the top of my head – Daniel Day Lewis. I sat next to him (who knows how this happened) at a private Brunch at Sundance Film Festival. Every time I even caught his eyes my entire body would vibrate. He’s ethereal. 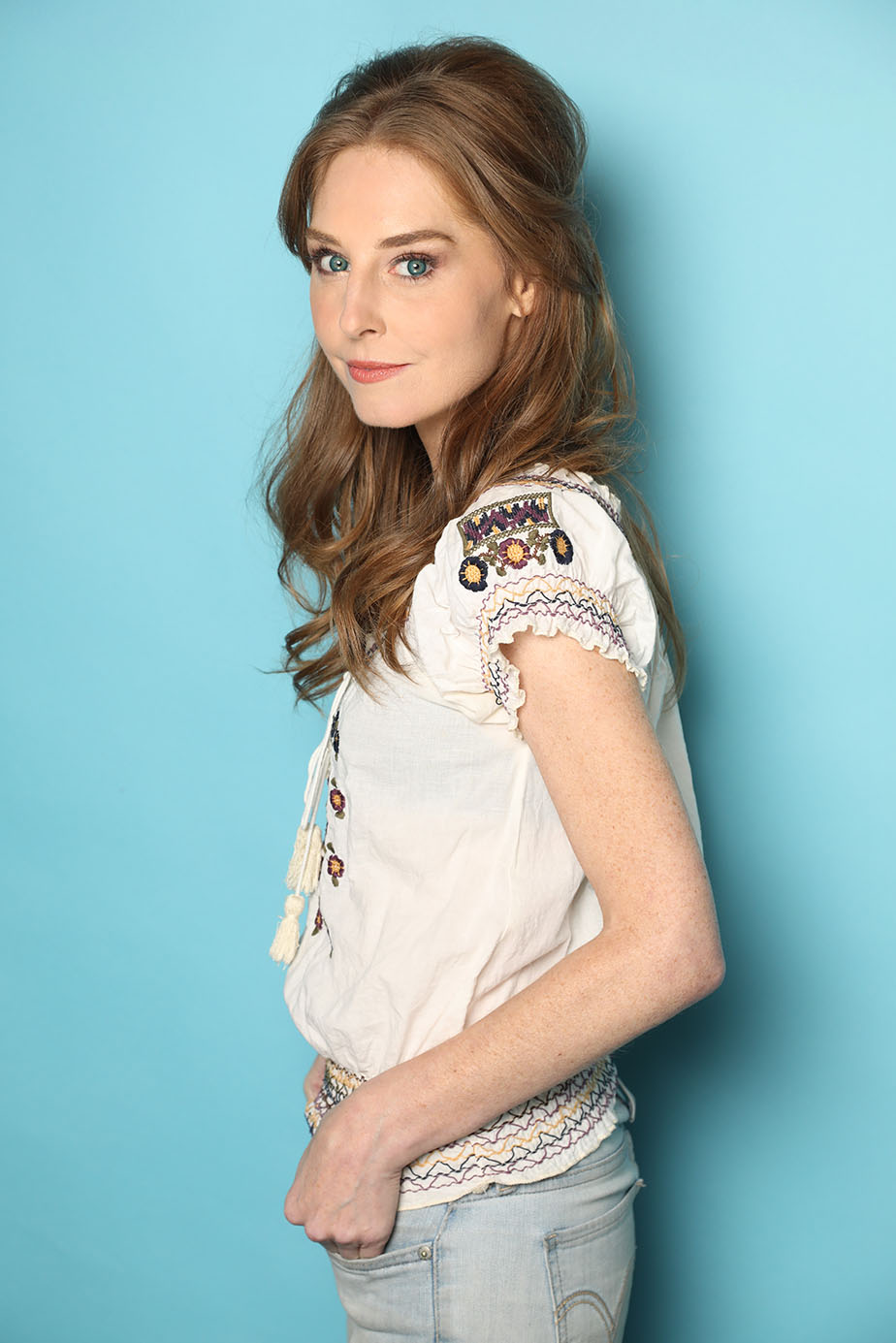 My mother. Oh, where to begin, Kimmy (my mom) is a character…there’s a lot going on there.

I’m currently (in quarantine – almost done) in London. I love working in London! It’s a wild world – I’m working on a few projects at the moment and in the middle of writing two animated pilots. I like to keep challenging myself in every way. Oh, and VOTING, mostly VOTING!

1. Last good movie I’ve seen: Pick Up On South Street (made in 1953, directed By Samuel Fuller) – starring, holy sh*t Thelma Ritter – I discovered this incredible actress in this film and am now watching everything she’s done.

2. What do you consider beautiful and why? The shoreline – where land meets the sea. Particularly sunrises and sunsets – I could sit there all day.

3. What haven’t you done yet that you wish you could? Arrest the killers of Breonna Taylor. Space Travel. Work with Mike Leigh.

4. Complete this sentence: “If I had no fear, I’d… become a monk for a year. Also, I’d explore the Bermuda Triangle (childhood fascination).”

5. What is the one “flaw” you wouldn’t change about yourself? My passion…a fire burns in the belly!