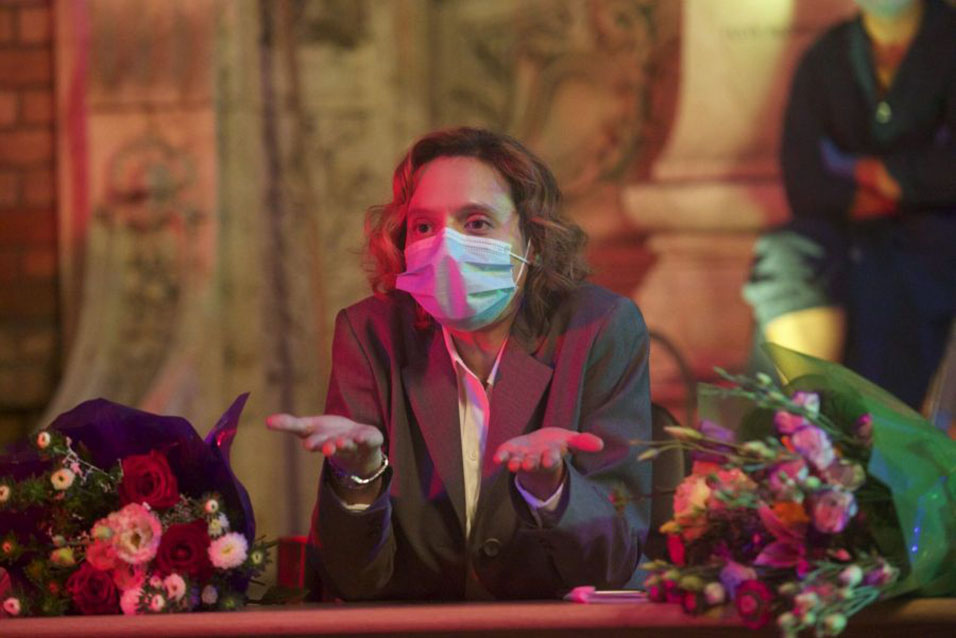 Synopsis: Schoolteacher, Emi, finds her reputation under threat after a personal sex tape is uploaded onto the internet. Forced to meet the parents demanding her dismissal, Emi refuses to surrender in an outrageously comical tribunal. BAD LUCK BANGING offers a withering critique of the many issues of misogyny, shaming, censorship, hypocrisy and bigotry. It is a film with a raucously fun and exasperated attitude but nevertheless deadly serious in addressing the issues it raises. An honest look at contemporary life during the pandemic.

In Cinemas November 25. Showing at:

“The Golden Bear goes to a film which has that rare and essential quality of a lasting art work. It captures on screen the very content and essence, the mind and body, the values and the raw flesh of our present moment in time. Of this very moment of human existence. It does so by provoking the spirit of our time (i.e., zeitgeist), by slapping it, by challenging it to a duel. And while doing that, it also challenges this present moment in cinema, shaking, with the same camera movement, our social and our cinematic conventions. It is an elaborated film as well as a wild one, clever and childish, geometrical and vibrant, imprecise in the best way. It attacks the spectator, evokes disagreement, but leaves no one with a safety distance.”

It’s a daring and hilarious cinematic gamble that gives a justifiable middle finger to the sheer inanity of the Western world.”
Indiewire

A provocative pandemic polemic… Jude remains a boldly original voice in modern European cinema, with serious things to say and increasingly adventurous ways of saying them.
The Hollywood Reporter

It’s a wholly inventive and amusing film that crashes societal norms against one another with sharp humour and navigates its politics with real bite and imagination.
Little White Lies

It is an incendiary, playful, and wonderfully exasperated piece of filmmaking that shows a director trying to draw some threads of sense from our current malaise.
The Film Stage

Take a look at the fabulous trailer and information about the film below.