The Verdict On Moonfall: Is It Worth Your Time And Money?? 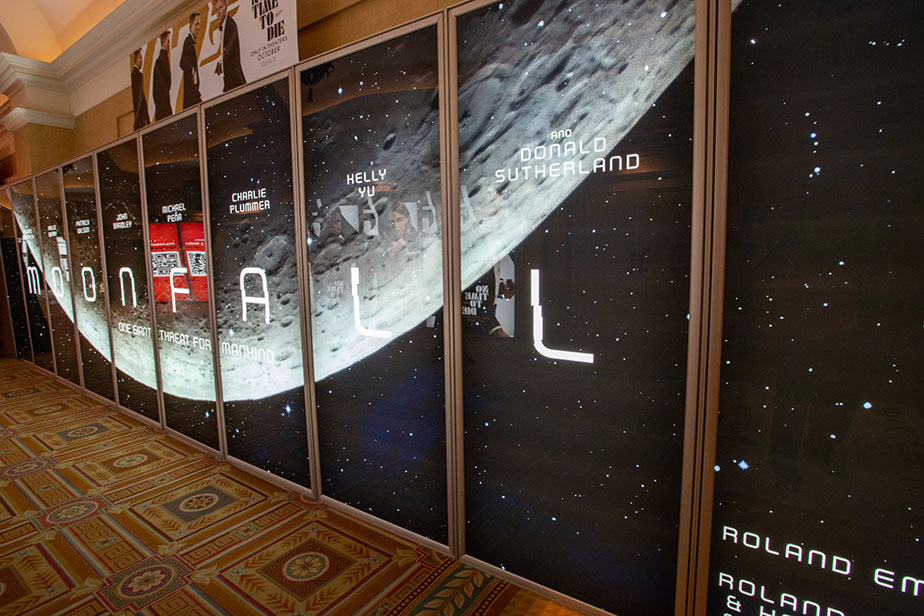 The name Roland Emmerich is synonymous with disaster films. It’s been his personal brand of bombastic bread and butter for years. From “Independence Day,” “The Day After Tomorrow,” “Godzilla 1998” and “2012,” the man knows how to rock the planet with a cinematic apocalypse or two. Over the years though his taste for destruction has weaned, same with the audience, so there have been fewer and fewer films, especially after the disastrous (pun intended) “Independence Day: Resurgence.” But people have tried and true methods they prefer to stick to because it’s comfort food that people rarely get sick of enjoying. So, let’s see if Emmerich’s latest catastrophic serving of Doomsday still fills us up with “Moonfall.”

A mysterious and unknown force knocks the moon out of its orbit and has now sent it careening on a collision course right for Earth. No one knows why except for disgraced former astronaut Brian Harper (Patrick Wilson) and crackpot conspiracist KC Houseman (John Bradley); both have been publicly written off by the world and NASA. However, former astronaut and current NASA executive Jo Fowler (Halle Berry) believes they may be the only ones capable of stopping this crisis. Now they must pool their resources and ideas together to not only stop the moon from falling but also find out what is causing it to fall and save the planet before all of humanity is destroyed.

Trailers often tease a bit too much in order to jazz up the promo and reel people into those auditorium seats. Most of the time it backfires but in this case, the tease of a strange creature or being responsible for the moon’s descent actually sounded interesting enough for me to give this disaster flick a shot. Unfortunately, for all the corn, cheese, camp, pop, and flare these movies usually bring; even that wasn’t strong enough nor was it long enough to change the fact this movie was a colossal misfire that flew out of orbit and straight into a weird-ass nonsensical galaxy. “Moonfall” gives you the usual flash/bang treatment with epically crafted shots of cities and countries being wiped out by natural disasters, but once you find out what’s really going on, you realize you’ve signed up for the wrong moon mission. Emmerich foolishly tried to cram a brain into this mindless popcorn flick by crafting some sort of deeper “out there” concept in 3rd act and hoping it would elevate the script’s IQ a few points beyond his last recent disappointments.

The problem is that “Moonfall” is trying to be two different movies and failing to succeed at either of them. It’s too stupid and flashy to have a deeper message and its message is so convoluted and half-baked it makes the dumb stuff feel out of place in its own narrative. Nothing feels like it’s worth the 2-hour running time; not the characters, the story, the music, the pacing, the camerawork; nothing. All of the best concepts or actors like Donald Sutherland are barely utilized or poorly executed, while all of the worst ideas and performances (like pretty much everyone else here) get the full focus of our already dwindling attention spans. Patrick Wilson and Halle Berry have no chemistry together, not as a pair and certainly not as our main leads. They feel deflated, walking listlessly through the motions and trying to put on their best drama faces but lacking the conviction or care to make it feel anything other than a hollow performance.

The only one who brings some degree of energy is John Bradley; embodying every cliché, conspiracy trope, and lackluster witty one-liners that used to mean something back in Emmerich’s glory days. It’s almost impossible to not talk about the film’s final act, the most mind-boggling black mark, without spoiling it. I won’t spoil a drop of it but I will say that if you dare decide to slug yourself through the mediocre first two acts; you’ll see pretty quickly why the 3rd act is such a ridiculous about-face. Overall, “Moonfall” doesn’t know what it wants to be and whatever the Hell it is, it doesn’t know how to do it right or even creatively. This is a watered and dumbed down rehashing of everything Emmerich used to be good at in the worst approach possible. The acting is lively as cardboard, the story is densely dumb and no snappy twist ending hat trick will salvage anything g. It’s all flash and no substance and what little flash it does offer is better off seen in a “best of” compilation Youtube video rather than slugging through this dud.