The Verdict On Uncharted: Is It Worth Your Time And Money?? 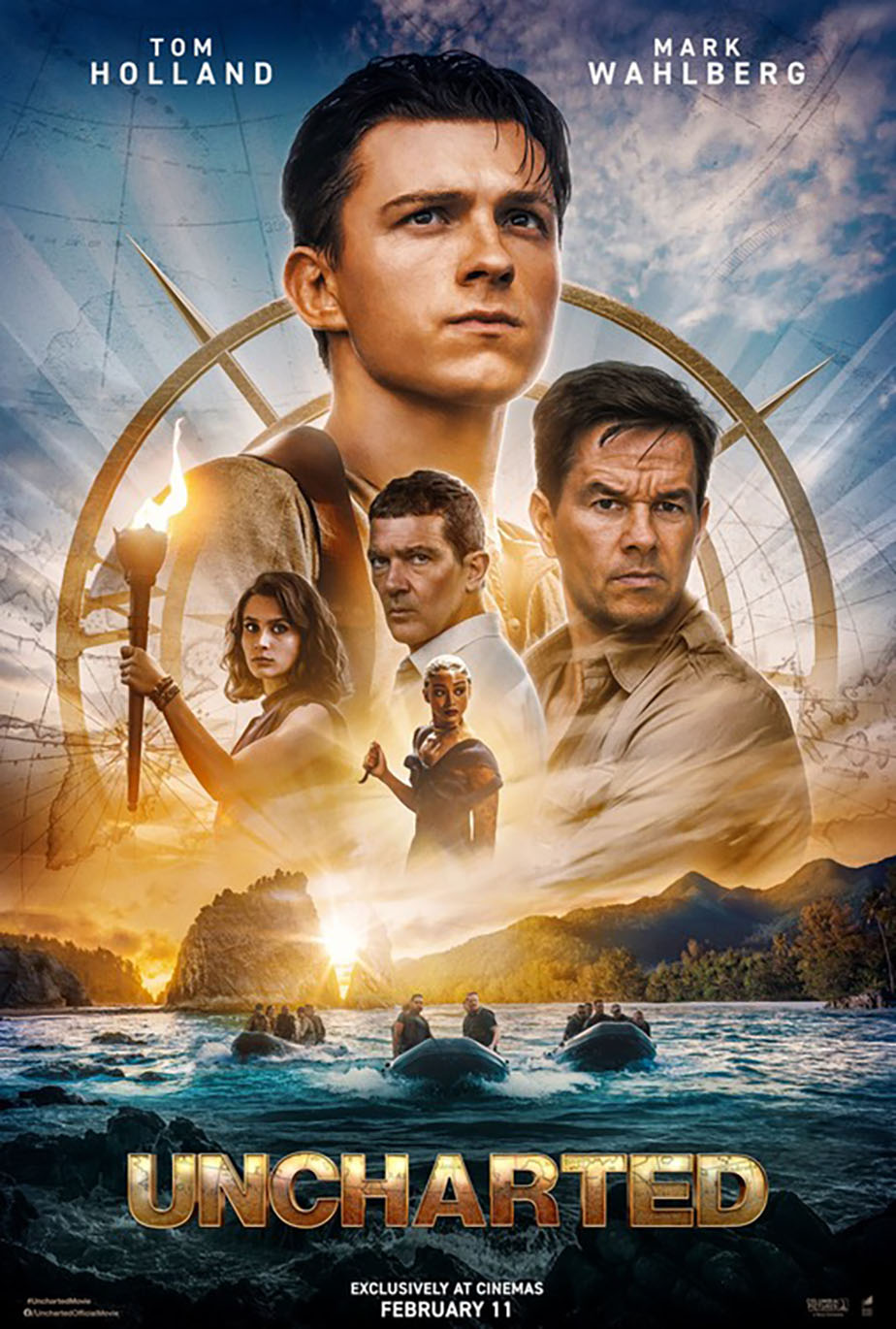 Video game movies have always been hit or miss, usually miss. No one ever seems to know how to get the formula right and there have been far more failures than there have been successful ones. Recent entries like “Mortal Kombat” and “Sonic the Hedgehog” prove it can be done well, you just need the right approach for the right material with the right star. Tom Holland became a star overnight with his iconic portrayal of Spider-Man. His comedic timing, youthful energy, and experience with blockbuster flicks make him an easy choice for the latest game series to stretch to the big screen from the little screen: Uncharted. With little to no knowledge of the games, I walked in expecting just a bit of action fun with everyone’s favorite neighborhood Spider-man. What I got was a little bit different than what I was expecting.

Nathan Drake (Tom Holland) is a street smart, live by the seat of his pants adventurer who wishes to find a legendary treasure he and his long-lost brother have been looking for forever since they were children. He gets recruited by seasoned treasure hunter Victor “Sully” Sullivan (Mark Wahlberg) to recover a fortune amassed by Ferdinand Magellan and lost 500 years ago by the House of Moncada. They embark on a daring adventure around the world and against the clock as a ruthless rival hunter Santiago Moncada (Antonio Banderas) believes he and his family are the rightful heirs to this treasure. With the promise of 5 billion dollars and discovering what happened to his brother, Drake and Sully work together to survive incredibly dangerous odds in hopes of finding the treasure before they lose it and their lives along the way.

Right from the first opening minutes, you are slammed headfirst into a world of crazy, daredevil action; or Indiana Jones action might be a better fit. “Uncharted” wastes no time thrusting you into this world of adventure and excitement and bombards you with classic adventure tropes, and themes along with some of the best presented modern stunts today’s studios can provide. From shocking betrayals, ancient booby traps, and death-defying stunts, Nathan Drake certainly works hard to establish himself as the next Indiana Jones for both the gaming world and the movie industry. As I said before, I’m no expert on these games. I only know here; that Drake is much younger in appearance and is not the same age or experience level as he is in the games. Having said that, the film easily gets you up to speed with its high energy and fast pacing.

The best adaptations can suck anyone in, fans or not, making a universally engaging film that does not alienate any target audience while also teasing fans of the game with some Easter eggs here and there. In this regard, I feel “Uncharted” does a pretty good job of doing both. The story and pacing speed never feel like it’s going too fast or stretching to face into obscure lore that you can’t keep up with it or having a bit of fun. That’s one thing I can safely say this movie excels at: giving you a good time. From the insane airborne car opening sequence to the chandelier jungle swinging sequence, “Uncharted” never leaves you with a sense of boredom or absurdity. The culture and lore behind this treasure don’t feel as out there as “Jones” movies have and its connection with the audience feels strong and easy to get sucked into.

Tom Holland is hard to be seen as anyone else other than the baby-faced, Spidey geek from Marvel’s cinematic universe. He still feels like he’s playing the same character just minus the red tights and seeing him do more of his own stunts personally. His banter with Wahlberg is half the fun; they get along best when they don’t and they give each other a strong sense of balance that keeps the film engaging and fresh. The same cannot be said for the dialog or most of the other characters. As often as I compare it to Harrison Ford’s iconic film series, it feels strange to see a modern-day film strike out so frequently with generic dialog and villains whereas Jones movies made in the 80s and early 90s feel more creative and well written than anything “Uncharted” ever attempts to be. I’m not sure if the game series is just not worth the popularity it’s gotten or this film is just a relatively anemic representation of what “Uncharted” is all about.

Overall, “Uncharted” is nothing truly special but it’s not really a waste of your time either. Holland And Wahlberg are a fun duo that could have been even better if the script had been fleshed out; along with the villains and everyone else. There are brief moments of cleverness and amazing action sequences but it never reaches out to try anything bigger or better than it could be. If there is some special sauce of excellence that is embedded in the video game series, the film must have missed that part of the recipe. I’d be interested to take a dive into a sequel but if the ingredients don’t get a much-needed spicy boost next time around, things get could less fun and staler really quick.