The Verdict On The Drover’s Wife: The Legend of Molly Johnson – Is It Worth Your Time And Money? 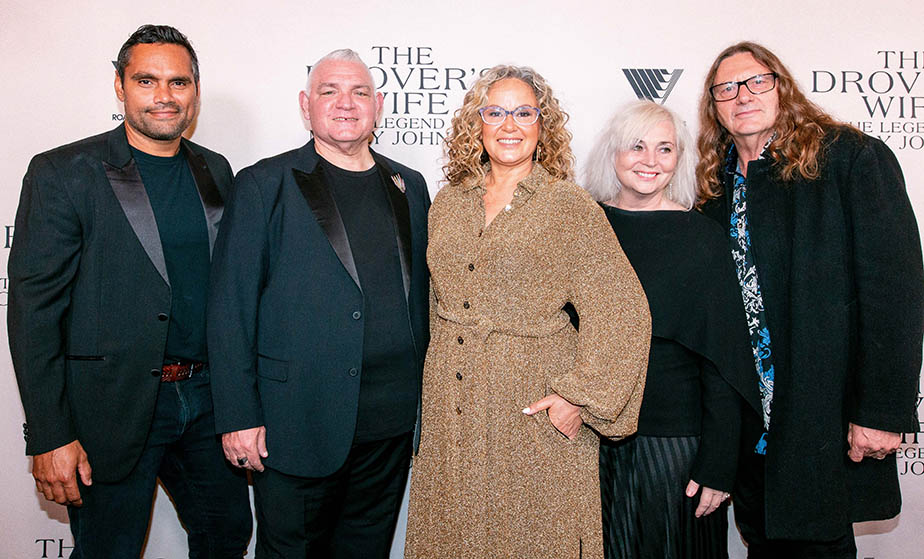 For every Australian, the name Henry Lawson is a familiar fella. He was a renowned bush poet who penned the Drover’s wife- a nine paged short story of a fierce and protective mother defending her homestead in the bush from an intruder. The short story was published in 1892 Australia, and it needs an overdue makeover and reimagining for mo `dern audiences.

In comes Leah Purcell, who to Herny Lawson’s Drover wife and reimagined in a post-colonial, indigenous feminist tale of Molly Johnson. Lawson’s original short story stayed with Leah since she was a little girl.

“When I was five years old, my mother read the original 9-page Drover’s wife story by Henry Lawson; I could imagine myself in the story as the little boy as the protector of the story,” Purcell recalled when asked where she sourced her inspiration.

The 9-page classic resonated with her as she was from a droving family, and they lived on the outskirts of a small country town.

“My mother taught me how to split a log and stack a wood heat so the snakes wouldn’t get under, and it was all stuff that reverberated to the original story of the Drover’s wife. As a five-year-old, my imagination went wild, and I saw myself in the story.”

The short story was so profound that she adapted her reimagined tale for the third time, from a book to play and now to a cinematic masterpiece that premiered at the Randwick Ritz last month.

The film centres around Molly Johson (Leah Purcell), the eponymous Drover’s wife who is heavily pregnant, encounters an indigenous man, Yadaka (Rob Collins), who is on the run from police as he was a suspected murderer. At first, Molly Johnson was startled by the stranger. Then, however, she slowly unlocks her heritage’s secrets through spending time with Yadaka.

The central relationship between Yadaka and Molly was captivating. Originally, it refers to the “Stray black fellow” in the original and is described to be a “liar” and “cheat.” Purcell restores humanity in her reiteration of the classic.

Initially, Molly was skeptical upon the arrival of Yadaka, warning the fugitive – “Cross me, and I’ll kill you.” However, she airs on the side of caution before helping him with his shackles once she witnesses that Yadaka teaches her eldest son, Danny (Malachi Dower-Roberts), how to use a spear properly.

Yadaka also was the person who opened Molly’s eyes to her indigenous heritage and illuminated a part of her that was left dormant for years.

Yadaka later confides to Molly that the only crime he ever committed was “existing while Black.” when questioned why he was on the run from the law – circling back to the ugly racial politics that colonial Australia built on still subtly exists in modern Australia.

The film continues to build on the legacy of unjust violence – not just against indigenous Australians but domestic violence. Later in the film, it implies that Molly was the prime suspect in her husband’s disappearance. However, the film also implies that the Drover was violent and a cheater and inflicted alot of danger on her and her children. Yet, due to their fierce devotion to her children and her motivation to protect herself, she did the unthinkable.

Again, this resonates back to the MeToo movement where victims of sexual abuse and assault, who happen to be the majority of women, were never heard and how society sides with the perpetrators who happens to the majority of men.

The film is a cinematic tale of unrelenting feminist strength and highlights the legacy of violence that built colonial Australia. Interweaving elements of her indigenous roots and putting herself in a well-known Australian classic, Purcell has successfully “flipped the scripted” and turned it on its head.