Deena Lynch has certainly been making huge strides in her career since becoming StarCentral’s Female Artist of the Month way back in August 2012.  Her music has been widely recognised both by critics and the public all over Australia and recently, her music has crossed the ocean divide when Deena and her band embarked on their very first overseas tour.  Here, Deena takes some time out to let us know how it all went…. 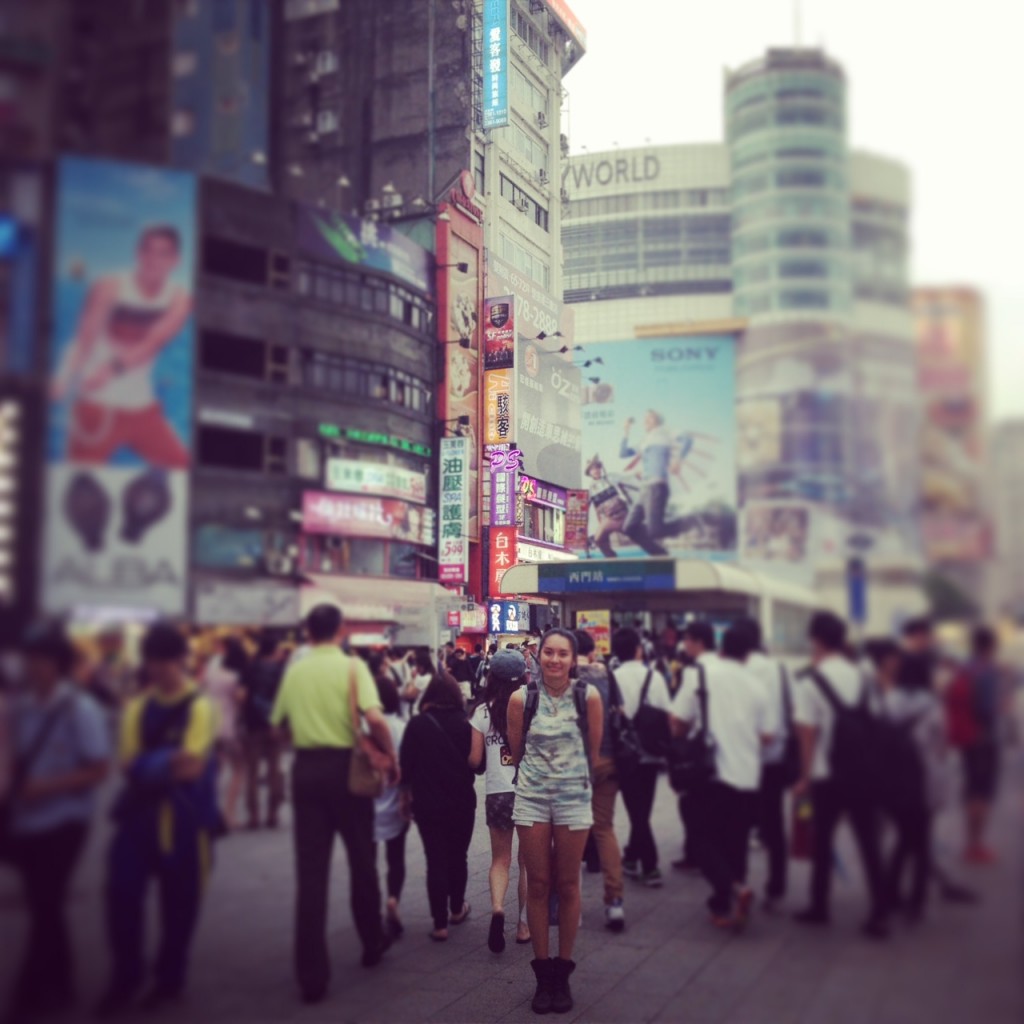 “Having been an independent artist for shy of a year, I’ve certainly been blessed with the experiences I’ve encountered in such a short amount of time.  In May this year, I experienced my first overseas tour to Asia that took me to Taiwan, Hong Kong and Malaysia. I crammed 7 shows, 5 cities, 6 flights, and 1 bullet train ride into 12 days. Including all the shopping sprees and sightseeing I did as well, I was completed knackered by the end of the tour. 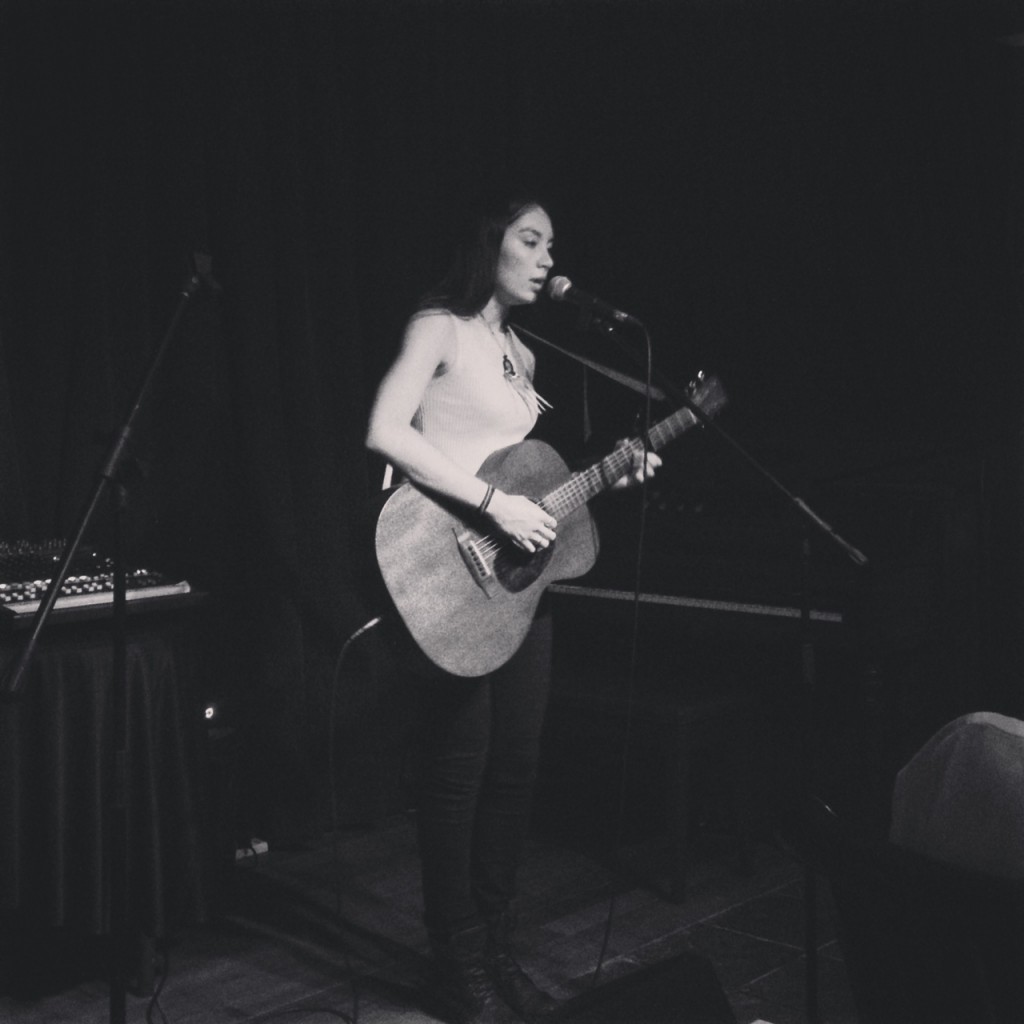 Malaysia welcomed me with open arms. A journalist from the ‘New Strait Times’ interviewed me before show time. ‘Ril’s was a gorgeous venue of stonemason walls, antique chairs and dimmed lighting. Being in such a dark 1920’s gentleman club-like venue with only a spotlight on my acoustic Martin guitar and my lethargic face, made the performance seem much more intimate than the sold out show that it was. I’ve had my fair share of bar performances and attention is hard to come by, but I had every eye and ear in that room on me that night. I felt like I was telling my story and they were eagerly listening. It was so intense that in my last song I saw some cheeks in the front row glisten with tears. At that moment, I felt like I was validated as a storyteller. I sold out all the merchandise I had brought with me for that night. A fan even drew a portrait of me and asked me to sign it and the crowd all sang ‘Wanderlust’ with me. 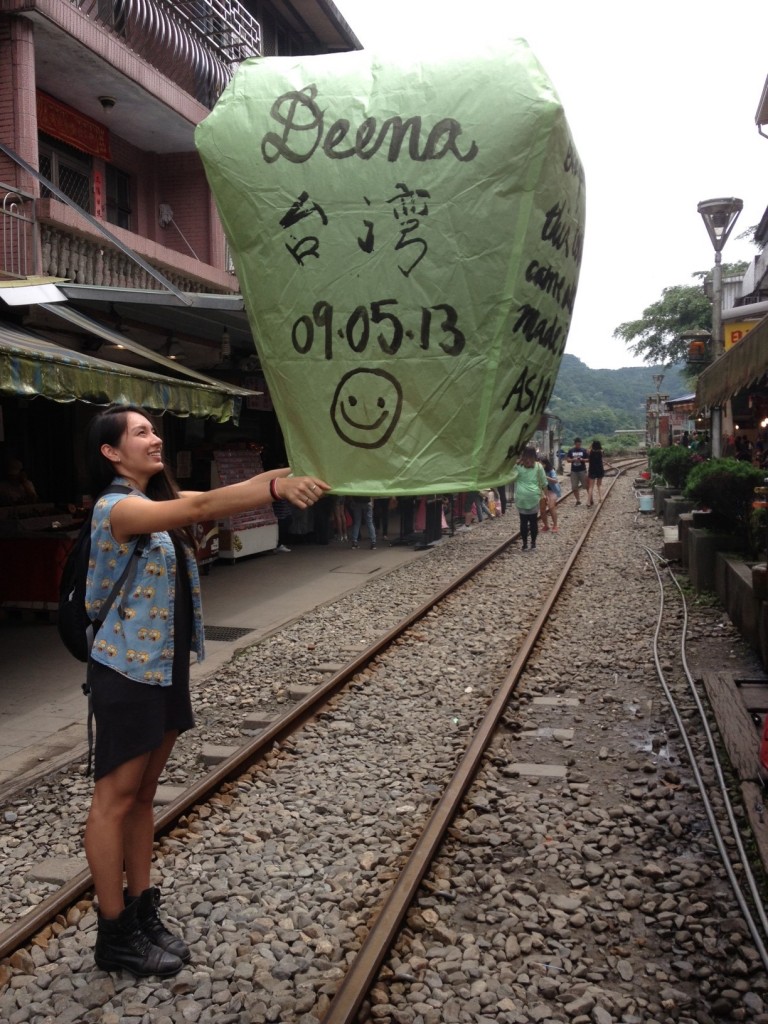 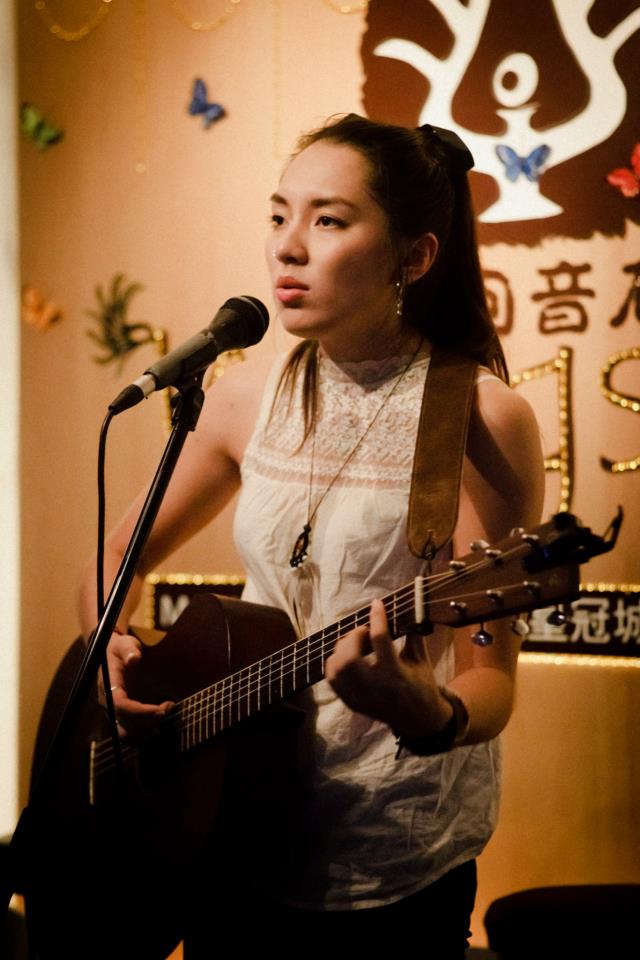 My second show was in Mahkota Cheras, which was an hour away from Kuala Lumpur. I once again was fed gluttonously, then I prepared myself for another 2-hour show. Jet lag was catching up with me this time round, but seeing some repeat fans from the night before or others that drove all the way out to catch my show, kept me going strong. I once again sold out all my merchandise for that night – seems I misjudged how hungry people would be as by then I only had half the stock left of what I brought with me from home! I had a hilarious interview with two Malaysian bloggers, Bryan and Lee of ‘The Everyday Artists’ who remarked I looked like a Kristin Kreuk doppleganger (Lana Lang of ‘Smallville’). I totally disagree, but it wasn’t the last I heard of it on my tour.

The language barrier proved a little more difficult in Taiwan. Although my mother is Taiwanese, my mandarin is pretty poor. I can listen to others converse, but when you’re on stage things work in the polar direction. People found it endearing anyway. I did three shows in Taiwan and travelled from Taichung to Taipei.

My favourite venue was ‘The Escape Artist’ which was a small café in Taipei with a concept of food, music and art. In one corner was a pebbled floor and tables to eat at, in another was where I stood to perform to both the diners and artists who were painting away in another alcove of the venue. One of the artists painted to my singing and although we couldn’t communicate in a mutual language, I knew we were on the same wavelength through what was left on his canvas. He came up crying and said ‘thank you’ to me about 20 times. 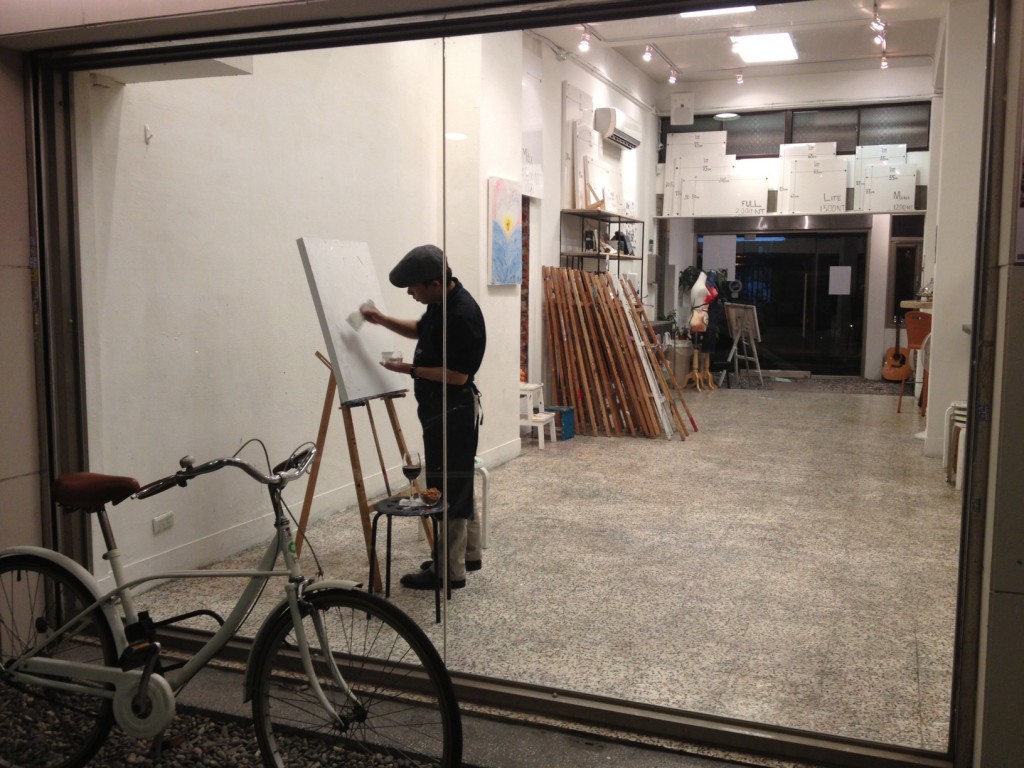 At another show in an underground bar called ‘Riverside Music Café’, I opened for a Taiwanese band who was convinced I was some famous French musician, constantly referring to me as the French girl and trialling out some French on me during their performance. I didn’t have the heart to tell them otherwise. 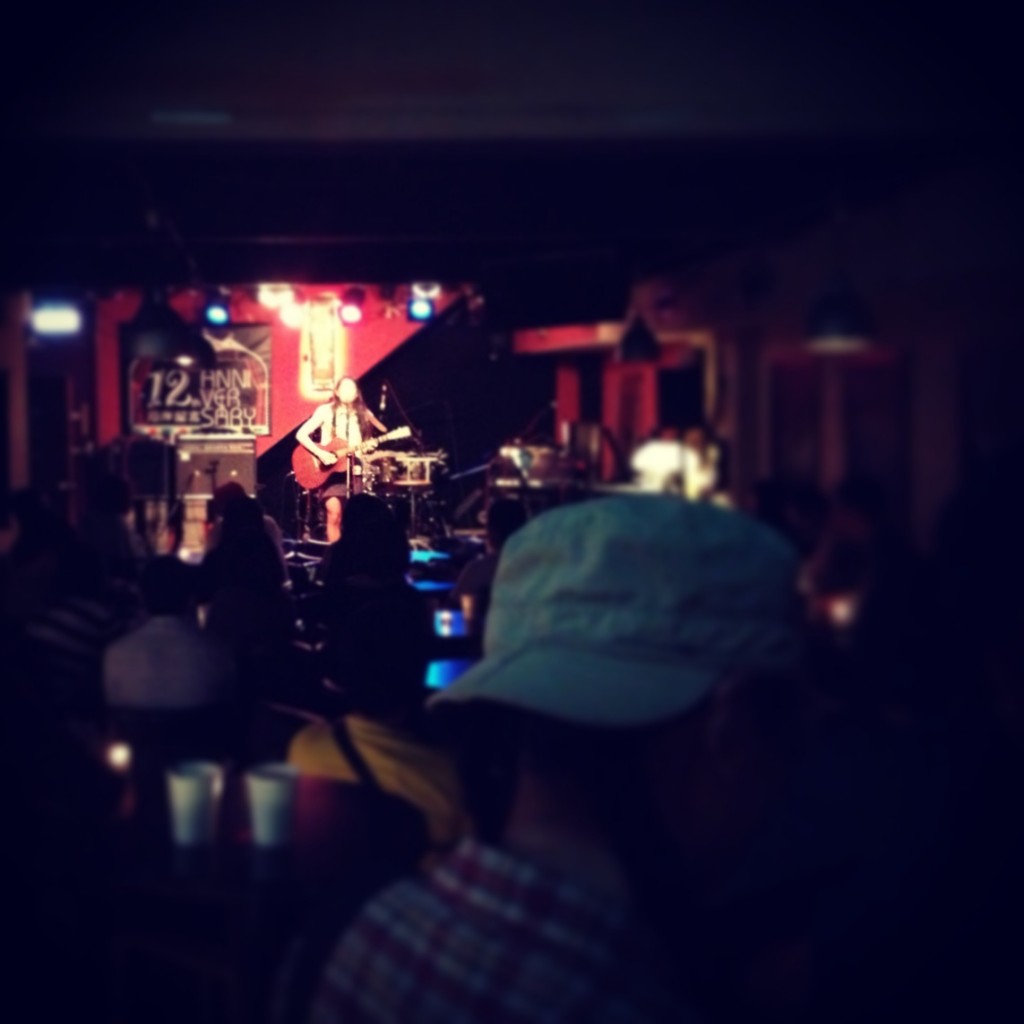 The last venue was at ‘The Witch House’, which was a somewhat feminist café with bras wrapped around every chair and cocktail drinks with names like ‘Milky Nipple’ and ‘Vaginilla.’ Interesting. Especially when I had to try and stay focused when there were images of genitals plastered on the walls in front of me! 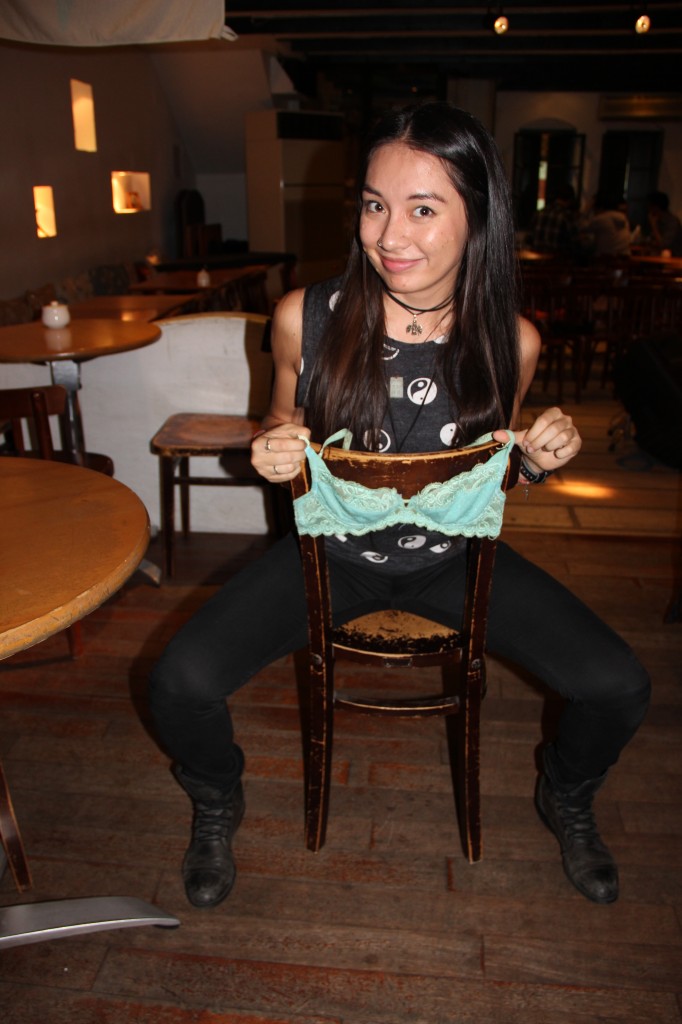 In Taichung, I visited ‘Forro Café’ where I got to meet a lovely musician couple, one of them being a well-known accordion player. I will play there the next time I visit, but this time I was strapped for time. There’s an adorable 11-year-old stray cat that just makes himself welcome there, joining you for a cuppa or an afternoon nap. They also have a tree growing out of the middle of the venue and they had also managed to hang a grand piano upside down on the ceiling. 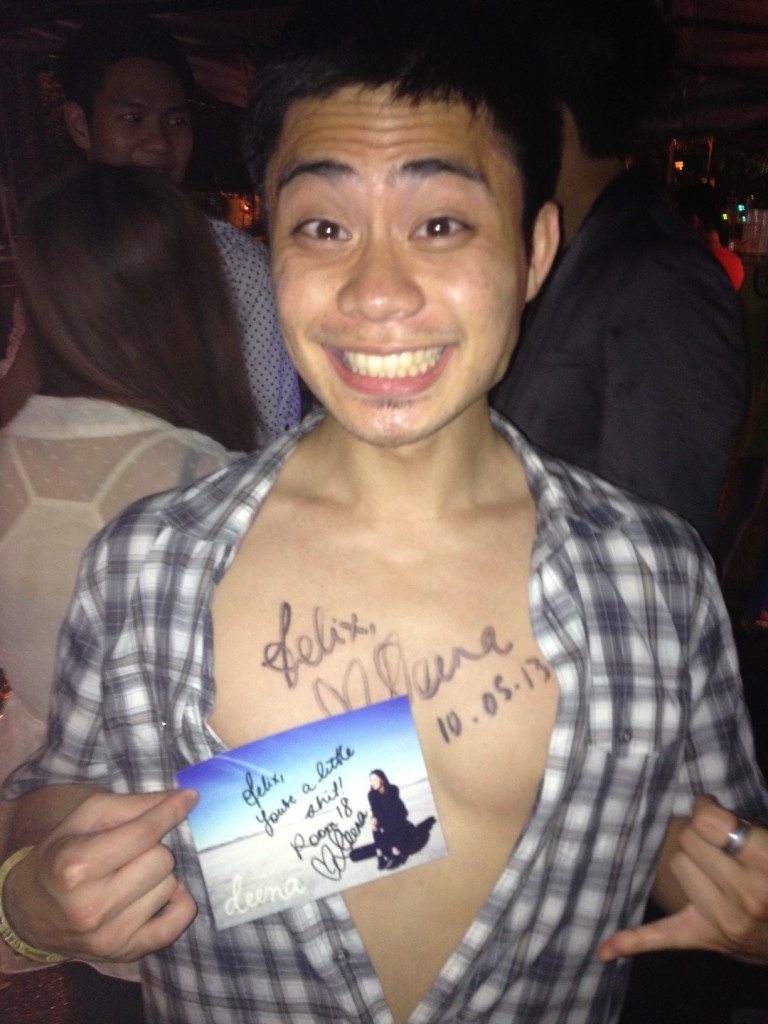 I played two shows in Hong Kong – the first at ‘Full Cup Music Café’ that resided on Level 7 of a shady building in a sneaky street in the sneakier town of Mong Kok. One fan gave me a guitar pick and another made me a delicious crème brulee. 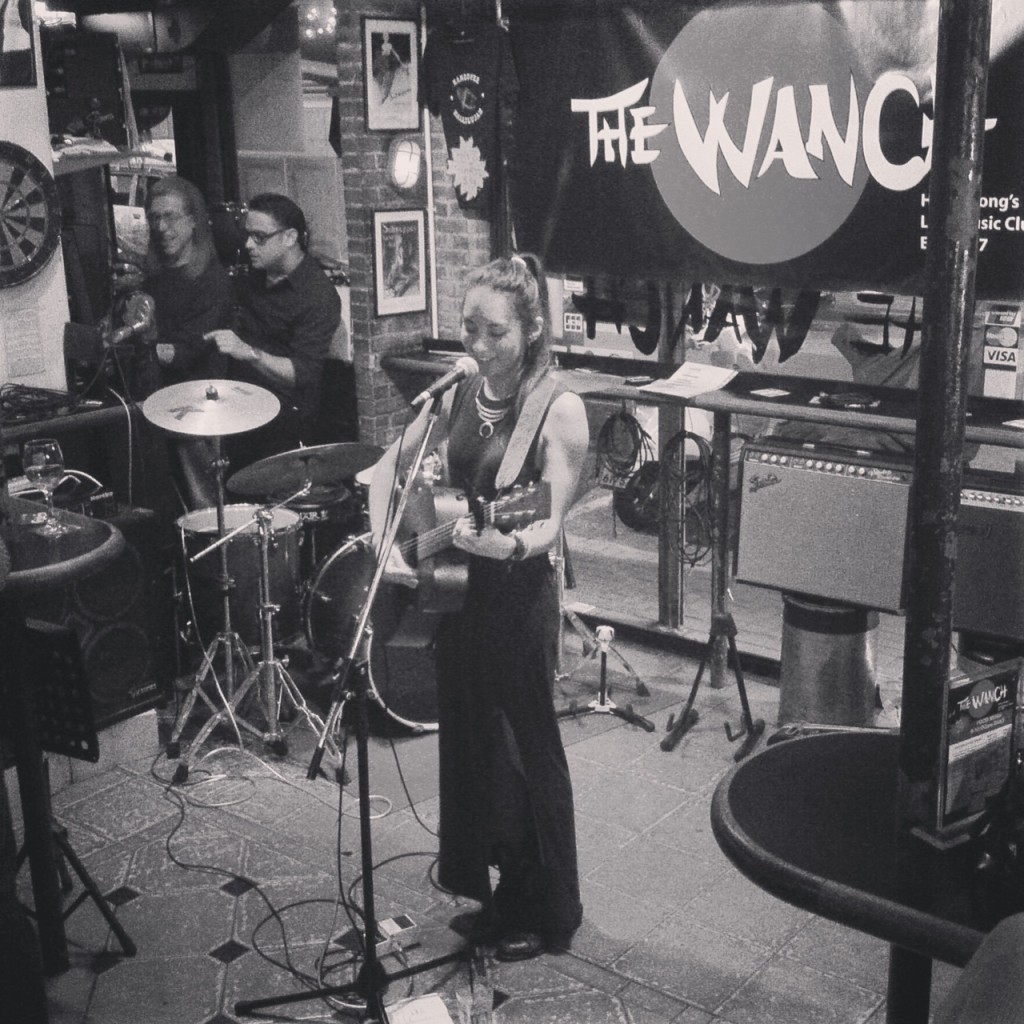 The second show, in a complete contrast of a venue, was at an expatriate bar called ‘The Wanch’. The musicians who played before me were all American and Irish folk and the audience members were from similar places too. It was so unexpected to play to people of those origins in Hong Kong. Even more surprising was that a lot of them specifically came to see me! By the end of the night, I had sold out of all of my merchandise that I had brought with me on my trip. I made a bad calculation and should have taken way more with me. 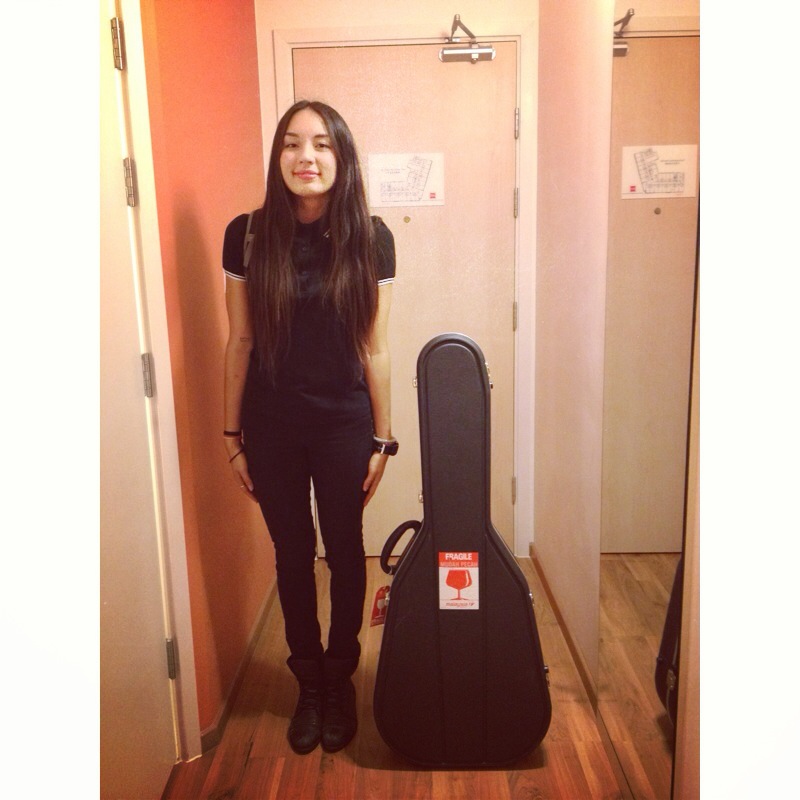 The Asia tour was super awesome. It was a bucket load of fun to see the sights as well as play my music at night. I would love to return and visit new oriental wonderlands or even spread out to different continents. Once I finish my university degree and move on from my debut album ‘Lone Wolf’ with another, I’ll happily be a gypsy and let my music take me places.” 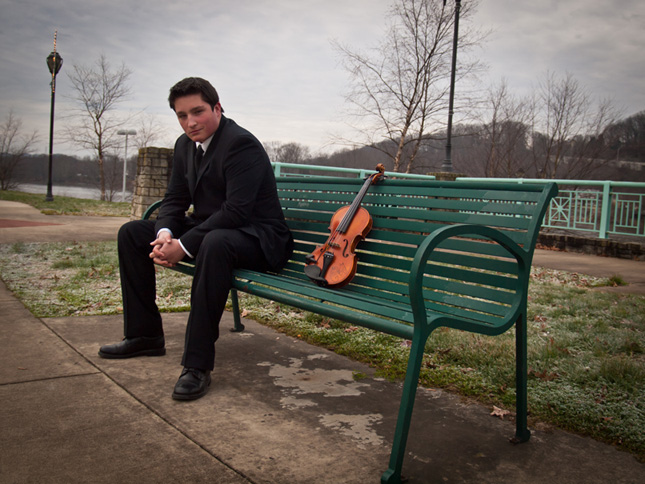 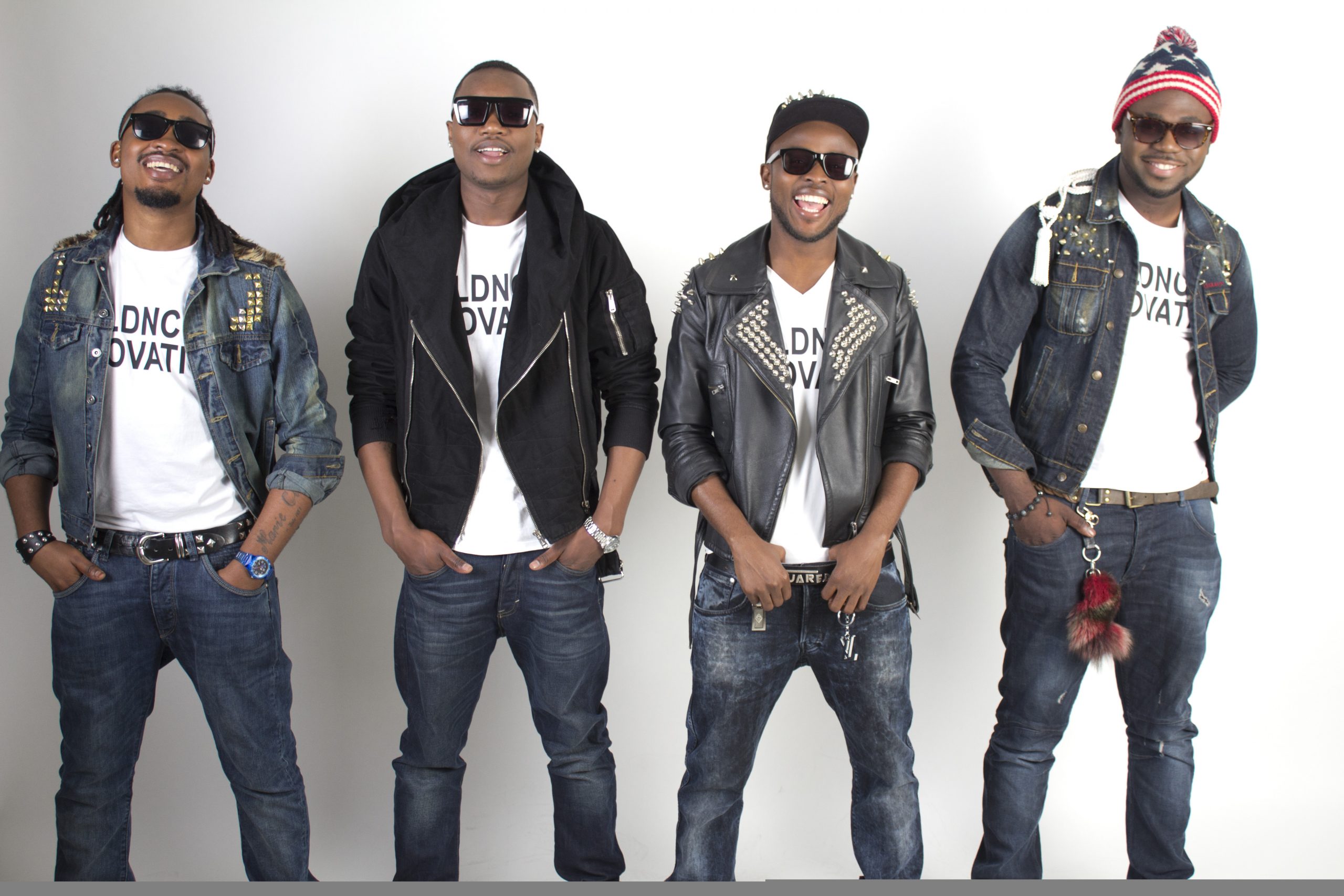 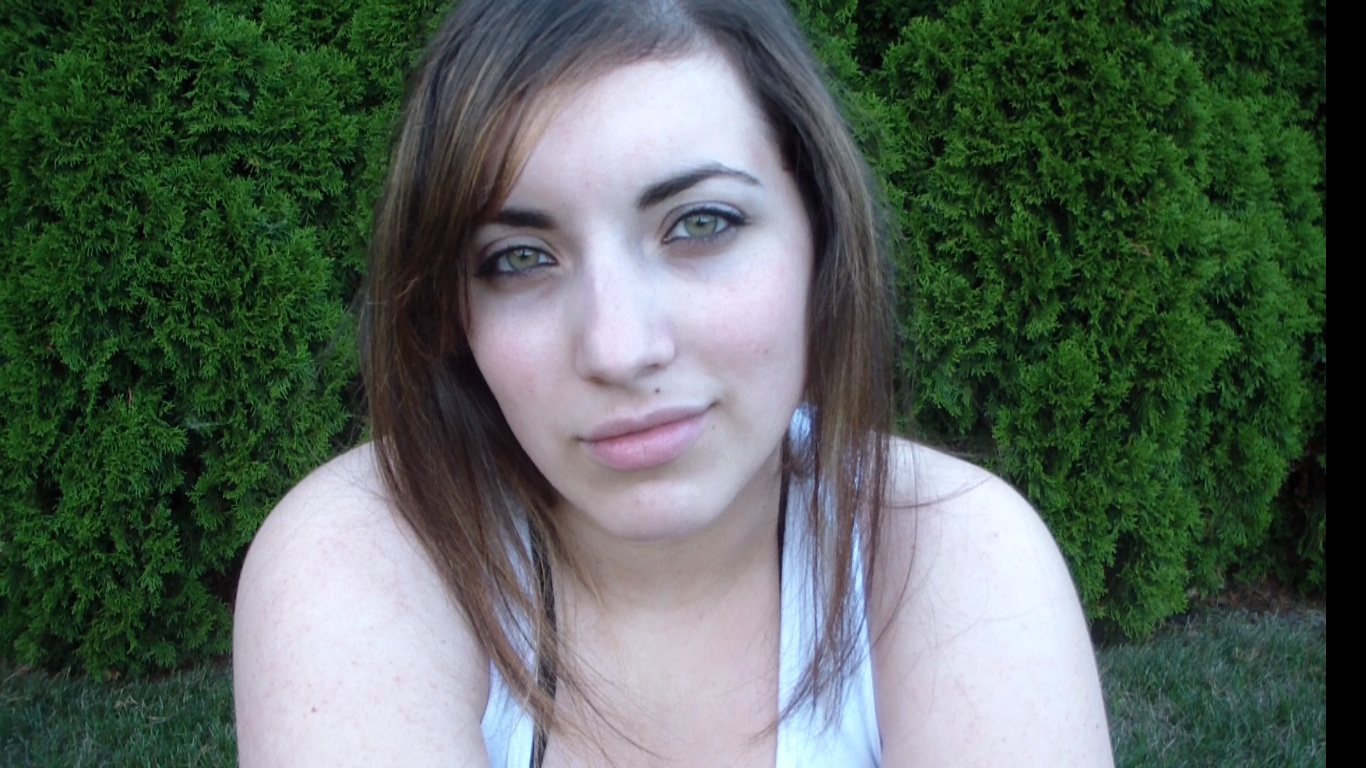 Read More
She has yet to do more than one ‘live’ performance but nearly 730,000 people already know who Tera…
Read More
0
0
0 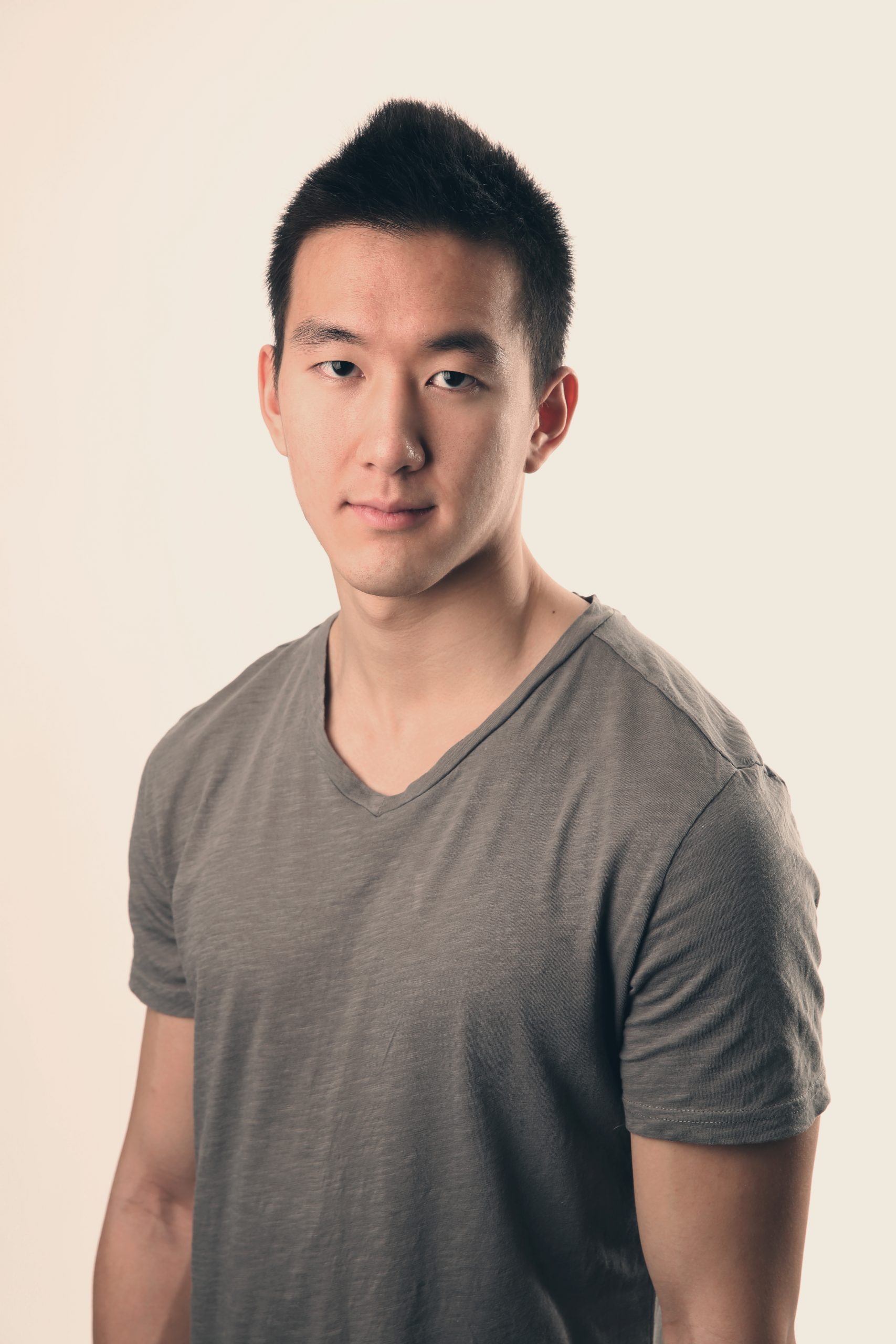 Read More
Whether you call Terry Chen a YouTube sensation, a child prodigy (his family got him “addicted” to music)…
Read More
0
0
0
Michael Featherstone, aka Groovy Star, has certainly perfected that working and weaving of electronic dance beats into music…
Read More
0
0
0 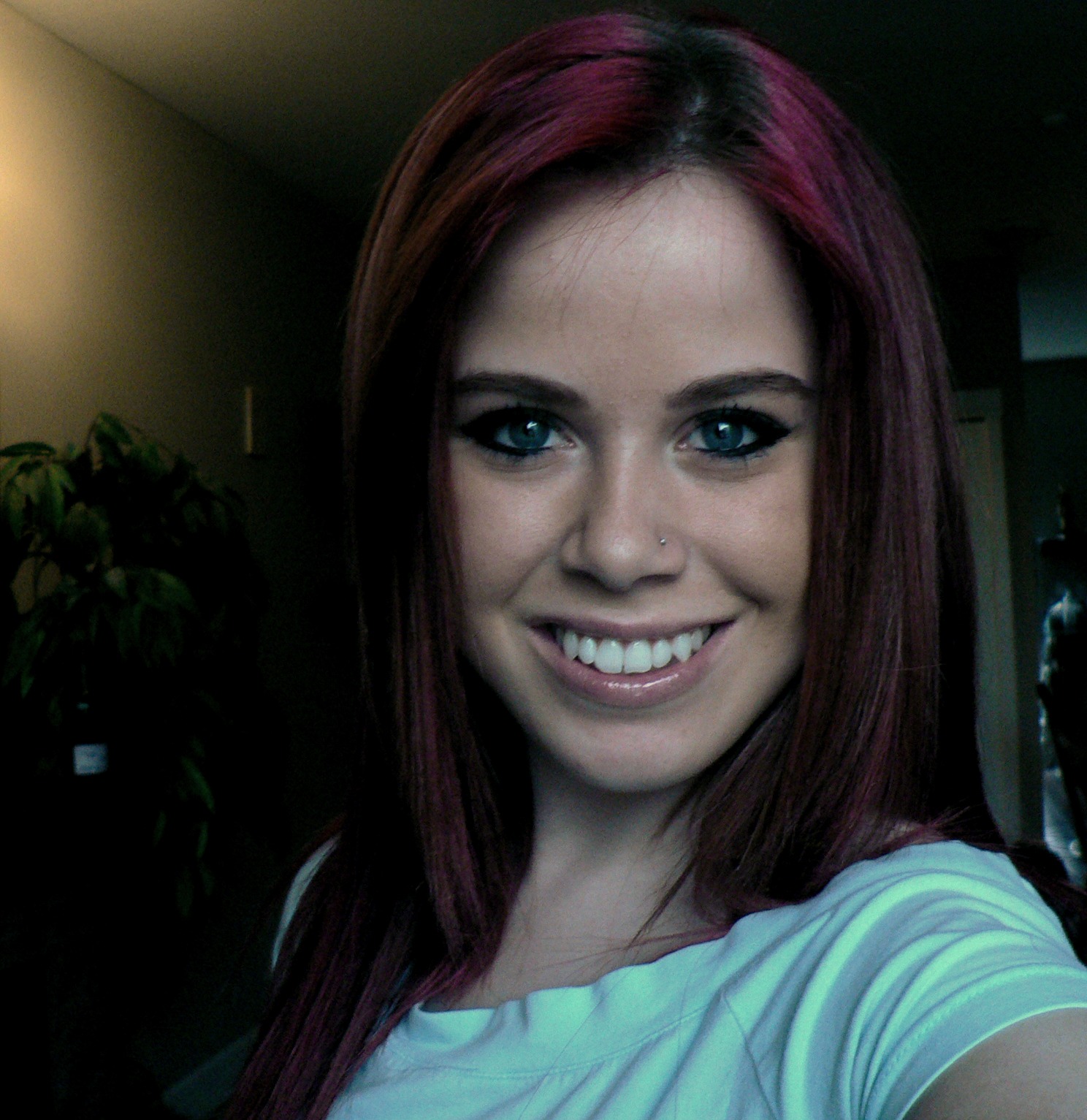