Barack Obama Met Donald Trump At The White House For The First Time. The Result Was Cringeworthy 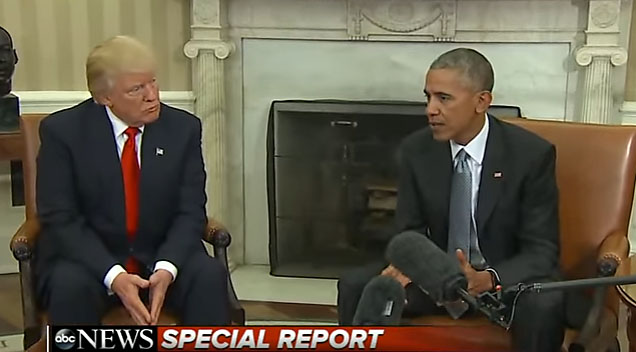 This is the first time Obama actually looked ill at ease in front of the camera and there’s a big reason why.

Donald Trump just got elected as the new president of the United States and he met up with President Barack Obama to talk about handing over the presidency and yes, it was painfully awkward to watch.

Scroll down to watch the video below (credit: ABC):