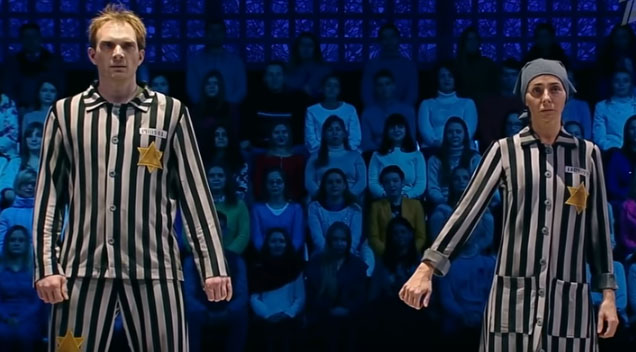 According to the Huffington Post, Tatiana Navka, a former Olympic figure skating champion and actor Andrey Burkovsky decided to wear striped concentration camp uniforms for their performance on Channel 1’s “Ice Age” show wherein professional skaters gets paired with random celebrities. The controversial duo skated to Israeli singer Achinoam “Noa” Nini’s song “Beautiful That Way,” which was featured in the 1997 Holocaust film “Life is Beautiful” and a number of people saw the performance as “offensive” and “tactless.”

Scroll down to watch the performance below (credit: Ice Age):