This Man Actually Collects Dead Animal Carcasses And Then Makes Them Fly… What The?? 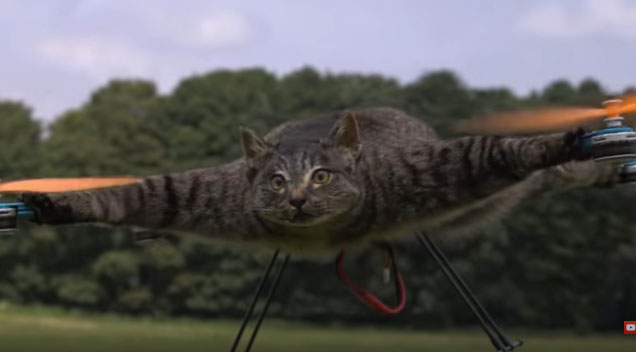 This man decided to turn his beloved dead pet into a cat drone as a kind of tribute, the result was kinda creepy.

When Bart Jansen’s pet died, he decided to pay tribute to his cat by transforming his pet into a drone with the help of his friend Arjen Beltman. Days later they decided to collect more dead animal carcasses and make them all fly. Yep, weird but interesting.

Check out the video below courtesy of AJ+: