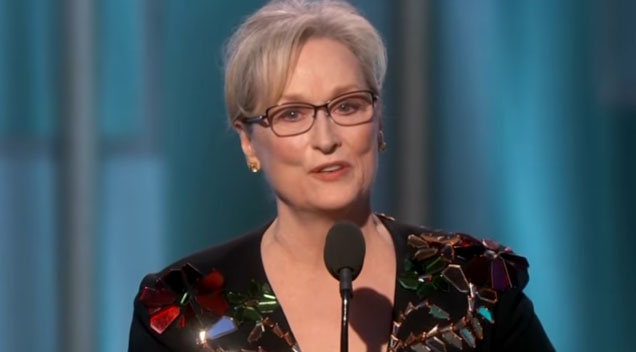 Meryl Streep was honoured with a Cecil B. DeMille lifetime achievement award at the 2017 Golden Globes and she used that platform to call out Donald Trump.

Streep blasted Trump for his anti-immigrant stance as well as the way he mocked a disabled New York Times reporter at a campaign rally. Trump responded by calling Streep “Hillary flunky” as well as “one of the most over-rated actresses of her time” via Twitter.

Scroll down to watch Meryl Streep’s speech below courtesy of Cat’s Classics: