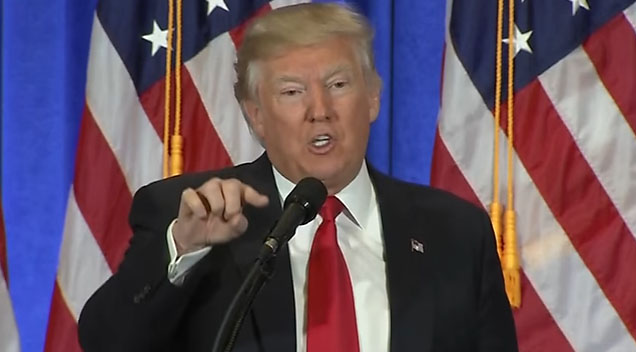 Donald Trump was extremely furious that Buzzfeed published a 35-page document suggesting that President Vladimir Putin had spied on him for five years.

He heavily criticised BuzzFeed for publishing the document calling the news outlet a “failing pile of garbage” and the president-elect even said there will be ‘consequences’ for Buzzfeed for publishing highly-damaging and unsubstantiated accusations.

Mr Trump later tweeted: “We had a great News Conference at Trump Tower today. A couple of FAKE NEWS organizations were there but the people truly get what’s going on.”

Scroll down to watch the actual press conference footage below courtesy of BBC News: