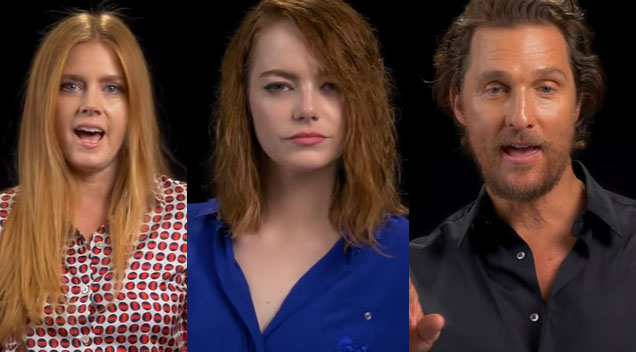 A number of Hollywood celebrities aren’t looking forward to Trump officially becoming the president of United States so they decided to just sing a song to vent out their frustrations.

With the inauguration just around the corner, an all-star cast of Hollywood celebrities such as Emma Stone, Natalie Portman, Amy Adams, Matthew McConaughey, Chris Pine, Hailee Steinfeld, Felicity Jones, Taraji P. Henson and more came together to improvise the 1979 hit “I Will Survive.” Safe to say, these celebs didn’t vote for Donald Trump.

Check out the video below courtesy of W Magazine: