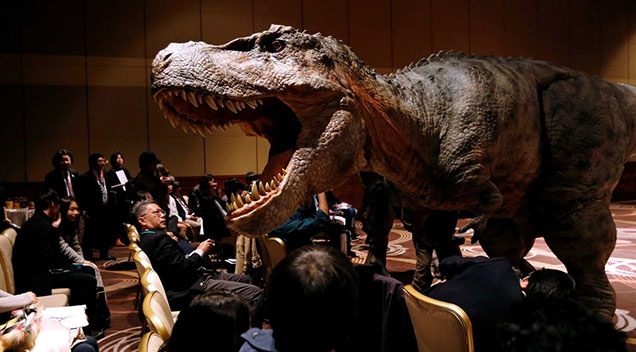 According to CBC, these robot dinosaurs were unleashed at a hotel hall in Tokyo as part of a presentation for a proposed theme park and the dinosaurs were amazingly life-like. They were around eight meters tall and made out of carbon fibre materials that are based from fossilized skeletons.

Check out the video below (credit: CBC / Business Insider):