NBA Star Stephen Curry Threw A Basketball At His Dad. He Responded By Sinking A Near Half-Court Shot 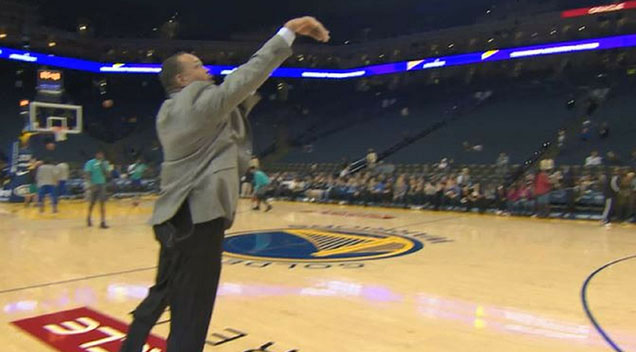 We all know Stephen Curry can shoot the ball – now you’re about to find out where he gets his shooting skills from.

NBA star and back-to-back MVP Stephen Curry decided to throw the ball at his dad Dell Curry just for fun – Dell was actually scheduled to be a commentator at his son’s game. Dell responded to his son’s prank by sinking a near half-court shot while wearing a suit. I guess we all know now why he’s the Hornets’ all-time leading scorer.

Check out the video below courtesy of NBA: