This Man Dressed Up As A Nerd And Asked Random Girls If They’ll Be His ‘Study Buddy’. You Won’t Believe What Happened Next 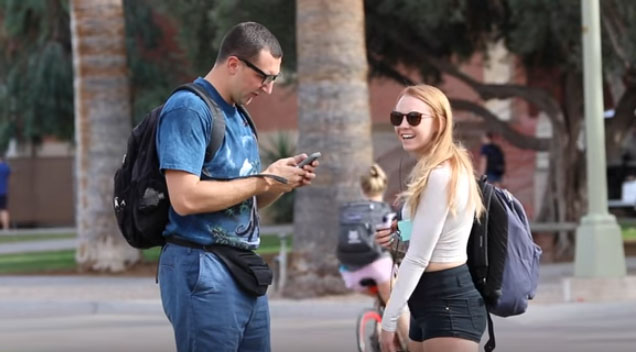 This video is genuine proof that nice guys can finish first.

If you’re thinking that this guy just got rejections just because he looks like a nerd – think again! BigDawsTv approached a number of pretty women and asked for their numbers and he had a pretty good success rate because he was such a lovable dork.

Check out the video below (credit: BigDawsTv):