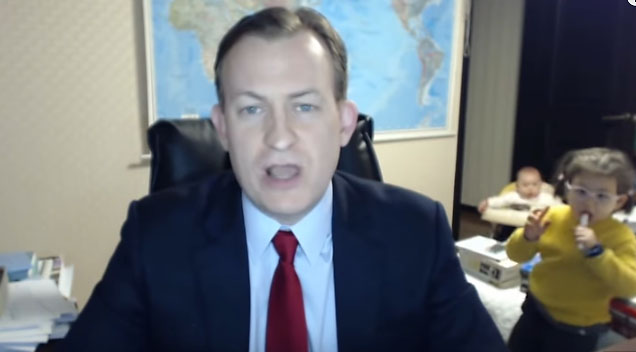 This BBC guest’s children accidentally became the stars of the show after an epic interruption.

Professor Robert Kelly was being interviewed live on BBC News about South Korea when his two children opened the door and walked in. Luckily he managed to keep his composure and eventually complete the interview successfully.

Check out the video below courtesy of BBC News: