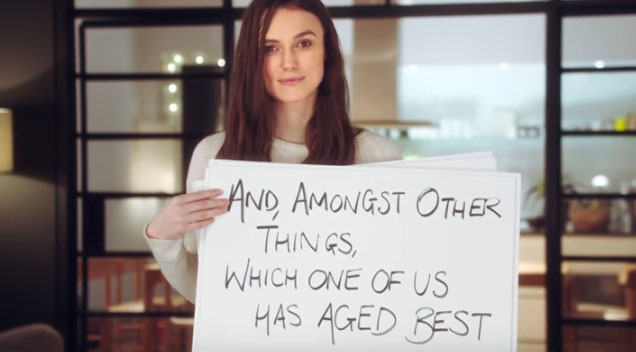 The first trailer for a charity follow-up to Love Actually has just been released and we’re feeling quite nostalgic.

There’s a 10-minute sequel to Love Actually coming up and it’s due to air as part of Red Nose Day. A number of the original cast members including the likes of Keira Knightley, Liam Neeson, Hugh Grant and Colin Firth and will appear in the short film. The trailer shows the cast-members sharing various messages on pieces of cards similar to what Andrew Lincoln’s character Mark did when he admitted his feelings for Juliet (Keira Knightley) in the original film.

Check out the trailer below courtesy of Trailers Promos Teasers: