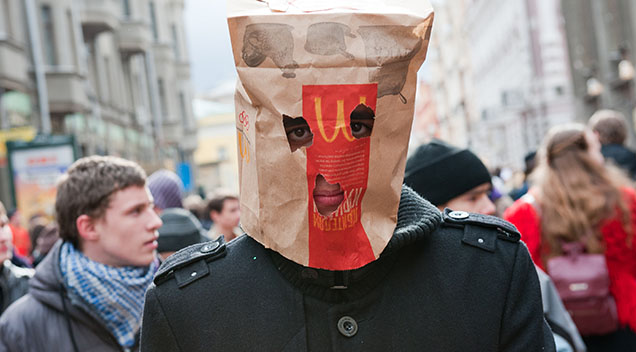 It looks like McDonald’s isn’t as happy as it used to be.

McDonald’s used to be famous for its vibrant red and yellow colours, happy clowns and happy meals but now they have gone to the dark side.

Yes, you read that right.

The new uniforms for McDonalds employees in the United States are mainly made up of gray colours and it’s causing a lot of controversy.

The new uniforms were apparently designed by Waraire Boswell – a celebrity designer who is recognized for dressing A-list celebrities, talk show hosts and professional athletes. Waraire initially started his career working at a McDonald’s restaurant in California and he feels that this new uniform will give McDonalds employees a “greater level of confidence”. 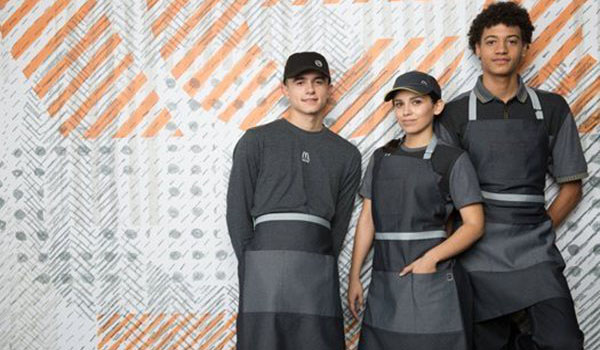 Jez Langhorn, McDonald’s Senior Director of HR said “Our new collections focus on comfort, fit, functionality and contemporary professionalism, delivering a uniform that crew and managers will feel comfortable to work in and proud to wear… Beyond that, it’s another step in the company’s continuous effort to raise the bar by investing in people and improving the restaurant experience with a focus on hospitality.”

Since photos of the new uniforms went public, they’ve been compared to the costumes from Star Wars and The Hunger Games. 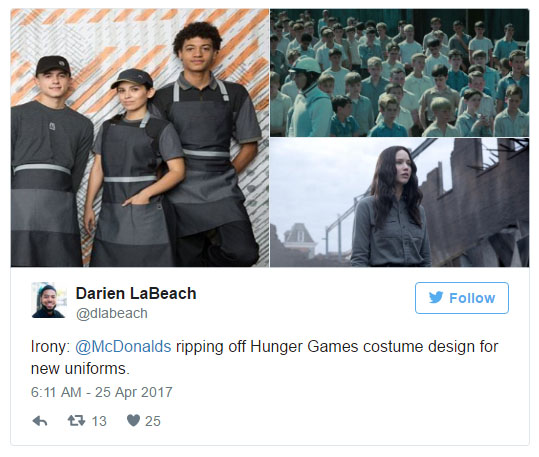 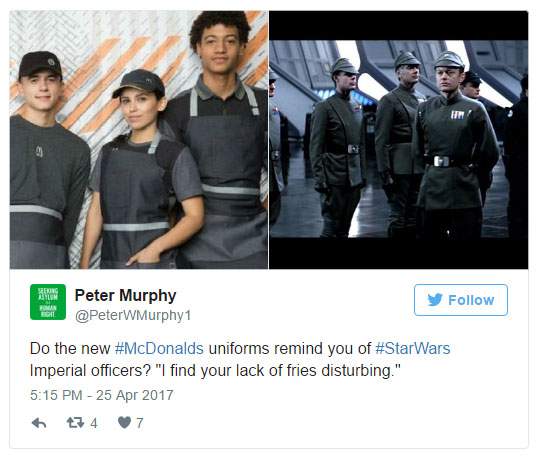