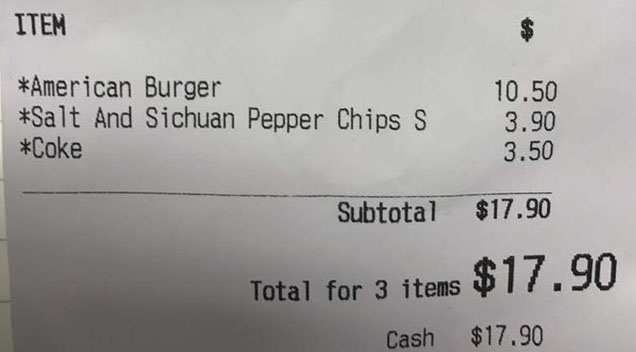 Neil Perry’s Burger Project is currently getting slammed online after an ill-mannered employee typed a racially abusive word on a customer’s receipt.

The staff member in question has since been fired following a massive backlash via social media and now The Burger Project is trying to make amends with the infuriated customer.

Nicholas Muchinguri was having lunch with a bunch of friends when he was given the receipt which read the words “Order#16 nig***.”

Muchinguri’s wife was obviously offended by the shocking word written on the receipt so she decided to share a photo of the docket via Facebook describing it as “disgracefully discriminatory.” She said “it’s so disappointing that in a place where my husband spent his hard earned money, he received this sort of disgracefully discriminatory treatment. {it’s} exhausting that in 2017, in a modern and multicultural society some of your staff remain insensitive to the impact that this insidiously nasty and vile word has… Come on, you can do better. This is NOT OK. I guarantee you that we will not be spending our money at any Rockpool Group businesses. I want to know what you will do about this.” 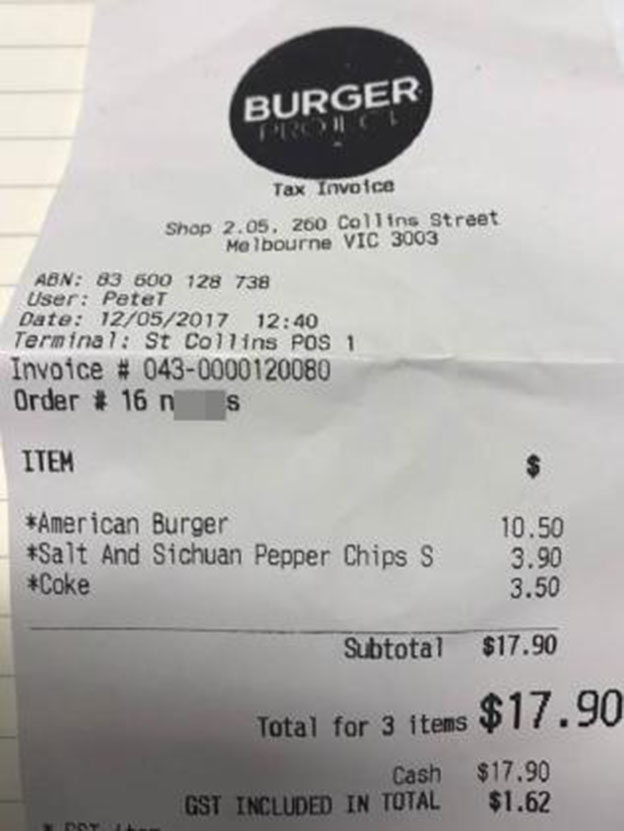 We are very concerned to learn about the unacceptable language used by an employee of our Burger Project St Collins Lane store today.

Rockpool Dining Group is a caring and inclusive company.

We have a clear policy of respect and care for our customers, staff and community.

We do not condone this kind of behaviour from our staff, or accept this treatment of our customers.

As soon as we became aware of the matter this afternoon, when we were contacted on the behalf of the customer, we acted: we reached out and apologised and the employee’s position was terminated.

The employee’s behaviour was in breach of our code of conduct and such behaviour won’t be tolerated.

We apologise profusely for the upset and hurt this has caused.

According to the reports, celebrity chef Neil Perry himself has been in touch to personally apologise to the Muchinguri family.
Total
0
Shares
Share 0
Tweet 0
Pin it 0
Share 0