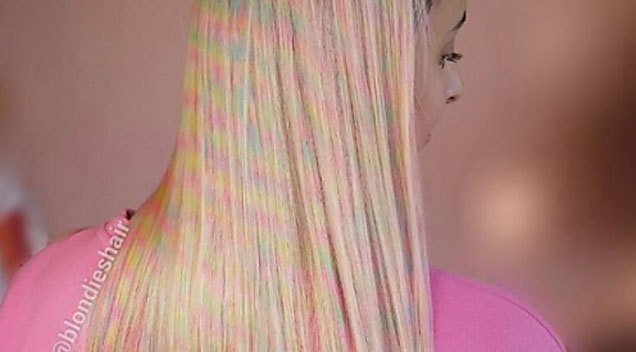 This hair trend was originally invented in Melbourne and now it’s making waves in social media.

Introducing “Confetti hair” – it’s the latest spellbinding hair trend to hit social media, and it’s like a rainbow party on your head! Basically it’s like sporadic rainbow-coloured spots of dye that create a captivating optical illusion that is guaranteed to get anyone’s attention.

According to Cosmopolitan, this amazing style was created by Aussie-based salon called Blondies of Melbourne. Salon managing director Karen Lewis said she called the unique look “confetti hair” because “it’s soft, pretty, happy, and it imparts little spots of pure joy on the hair like confetti!” Sounds party perfect.

Lewis also said “You can work with any colour palette… but go for candy-coloured pastels for a more subtle effect or bright fashion colours for a bolder look.” 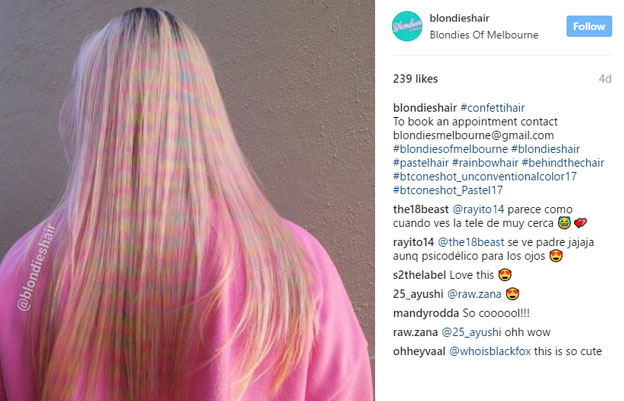 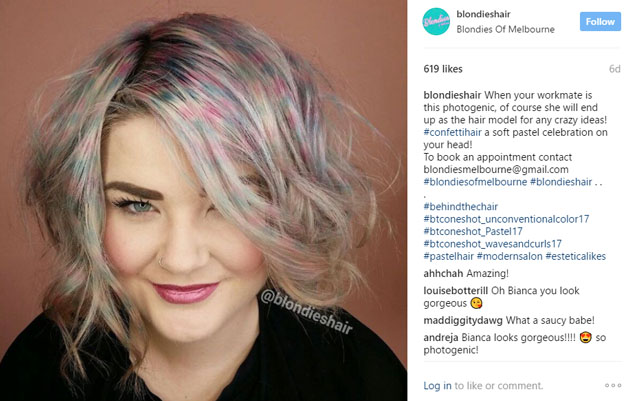 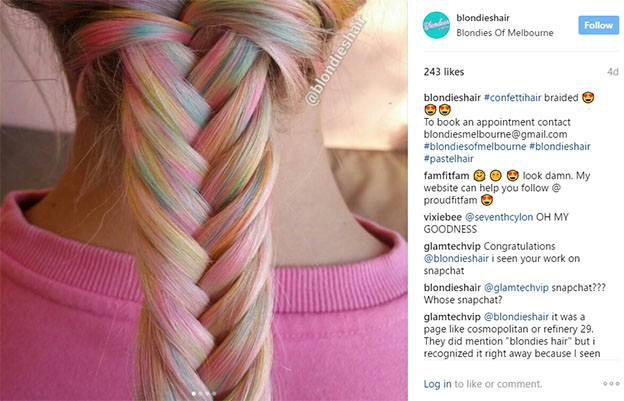