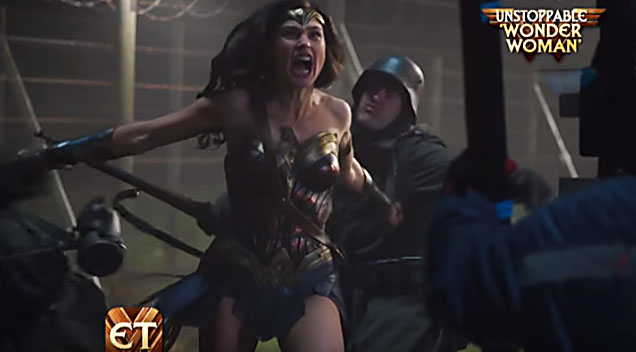 According Entertainment Weekly, Gadot was called back to do some reshoots for Wonder Woman last November but she was already five months pregnant with her second child at the time. The wardrobe department ended up cutting a triangle from the front of her suit and then they inserted a green cloth instead to enable the special effects department to modify her figure later using some powerful movie graphics.

Check out the video below courtesy of Entertainment Weekly: