This Sydney Train Station Has A Crying “Teenage Ghost Girl” And It’ll Scare The S#!* Out Of You 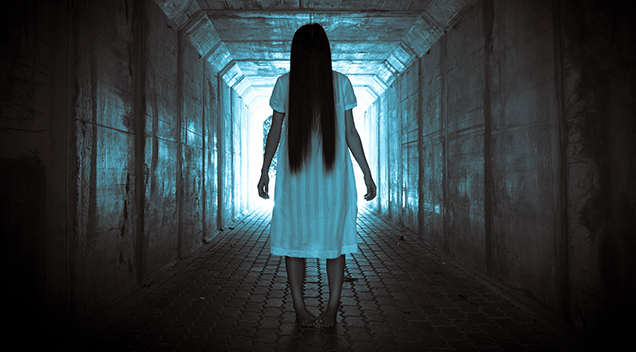 Let’s face it, the last thing you want on your way home from work is to encounter a terrifying ghost so if you’re going to be alone in this train station at night then you need to be ready for a paranormal experience.
A number of witnesses have confessed that after the last train departs Macquarie Fields station at around 12:30am, a chilling young teenage girl appears out of thin air. Macquarie Fields station has actually been named as one of the 10 most haunted places in Sydney so it’s no surprise that this ghostly apparition appears in this train station.
According to witnesses, the teenage girl has a ‘dark splatter of blood covering her front’ and she’s also wearing dancing clothes. Witnesses further revealed that her cries typically start off as a really faint sound, but as the night wears on, the crying transforms into a blood-curdling scream.Even more terrifying is that, some say they’ve noticed the girl staring at them.
According to Paranormal website, Urban Ghosts, “Some say they’ve seen her shrieking in terror at some unknown sight, while others have reported that she simply sits in the middle of the tracks and cries and cries.”
At this point, nobody knows who the ghost is or why she has decided to haunt Macquarie Fields station, but if you have a weak heart, it’s best to avoid this train station at night.
Source: Urban Ghosts Media
Total
0
Shares
Share 0
Tweet 0
Pin it 0
Share 0