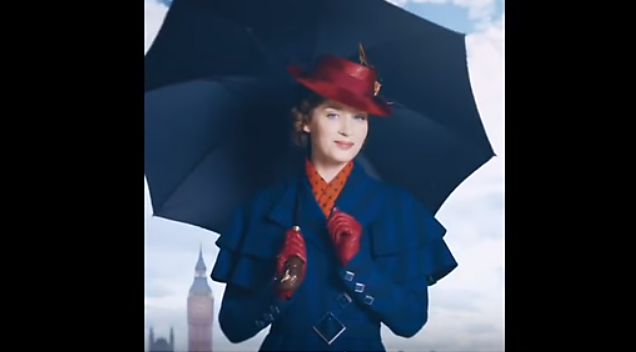 When news broke out that Emily Blunt was going to play the lead character in ‘Mary Poppins Returns’, everyone got excited because Emily seems perfect for the job.

The original film was released back in 1964 and as we all know, the legendary Julie Andrews played Mary Poppins. Now, Emily Blunt is taking over the role and the film will pick up when Poppins reunites with Jane and Michael Banks who are now adults already with families of their own. At some point they will need the assistance of Poppins to help them with their families and that’s when Emily will step in.

Walt Disney Studios recently shared a small teaser of Blunt playing the iconic role and she’s just perfect for the role. Check out the teaser below courtesy of JoBlo Movie Trailers: