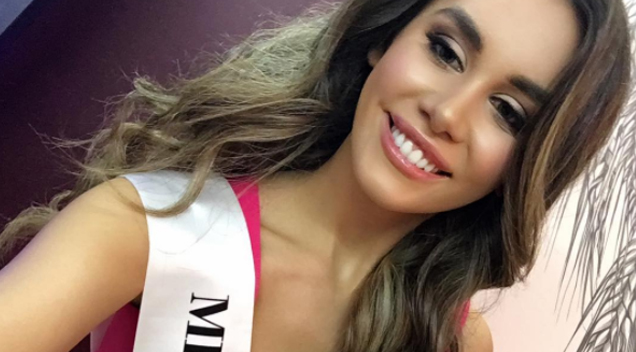 A lot of people are talking about the newly crowned Miss World Australia for all the wrong reasons.

Newly Crowned Miss World Australia Esma Voloder is supposed to be enjoying her life right now and basking on her recent win, but instead, she is being attacked online for being a Muslim Woman.

The national Director of Miss World Australia, Deborah Miller has opened up to the Daily Telegraph and revealed that since Esma Voloder was crowned as the new Miss World, they have received a number of “awful and mean” calls because she’s a practicing Muslim.

According to Miller, people have said “How did you let a Muslim win?” But she believes that Ms Voloder is the rightful winner because she’s a strong woman and she represents a multicultural Australia.

When Ms Voloder was asked by the Daily Telegraph to comment about the situation, she just said “Life is too short for negativity.” She further said “I forgive them… I feel it comes from a lack of understanding… I’m hoping to break down the barriers for just being me.”

Ms Volder also said that “people fall into a trap of believing what they are told.” She was pretty adamant that all the negativity won’t affect her when it comes to going after the international title. 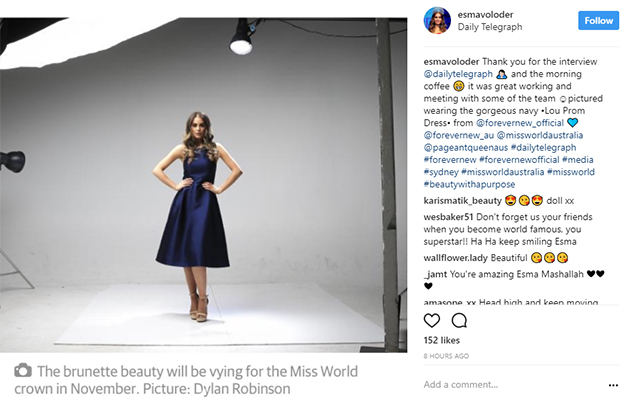 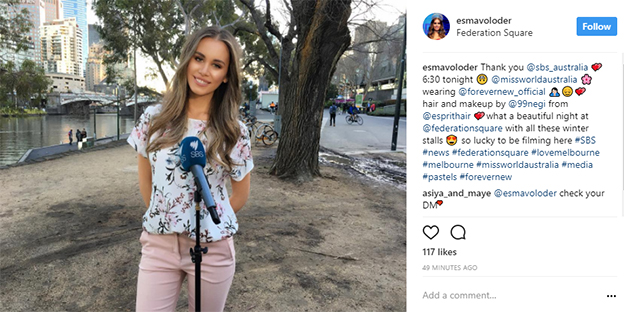 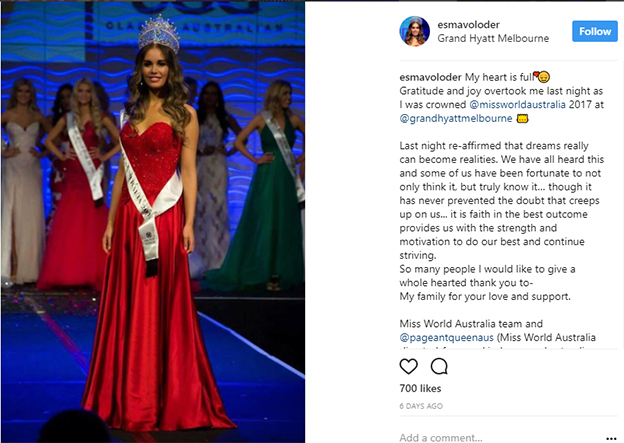