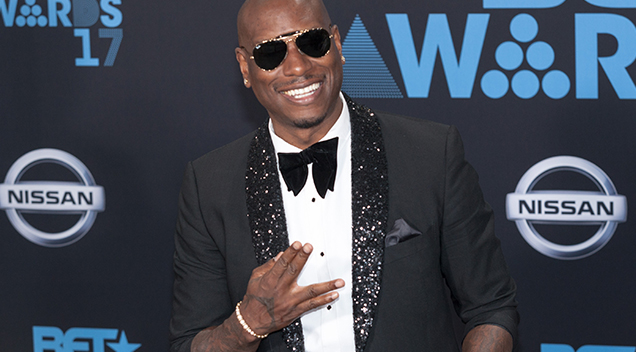 Fate Of The Furious’ Tyrese Gibson Just Revealed That Aussie Actors Are ‘Taking Over Hollywood’
Tyrese Gibson has always been known as a vocal actor, and he just said something that Aussie’s can take pride in.
Gibson plays Roman in the Fast and Furious franchise, and he said during an interview that Aussies are “taking over Hollywood, ” and they need to give “somebody else a shot”.
He said “I think right now the Australian actors are taking over Hollywood… We can give somebody else a shot, you all are taking over.”
He further said “we’ll get to the Australian actors because you are all doing every movie. You’re doing alright.”
When asked which stars he’d like to be part of the Fast and Furious family, he said he wants Matt Damon. “When I think about Matt Damon he’s just like that real American hard-ass that can really contribute to the adrenaline and the action – that’s what I want personally… I’ve been rooting for Matt Damon. I want Matt to join us. He’s a part of the Universal family. He’s done all the Bourne films.”
He also said that he wants Denzel Washington, “I also want Denzel to join us. That would be amazing, that’s my hero.”
When asked where he would like to shoot the next movie, he was very vocal about Africa.
“I wanted to go to Africa actually. I’m going more in the direction of like Cape Town, Johannesburg.” He quipped. “I feel like we’ve done the Dominican Republic, we’ve done Puerto Rico, we’ve done Brazil and now Cuba, we’ve done well in the Latin department… I’m trying to take it to Africa. If we can, that would be nice.”