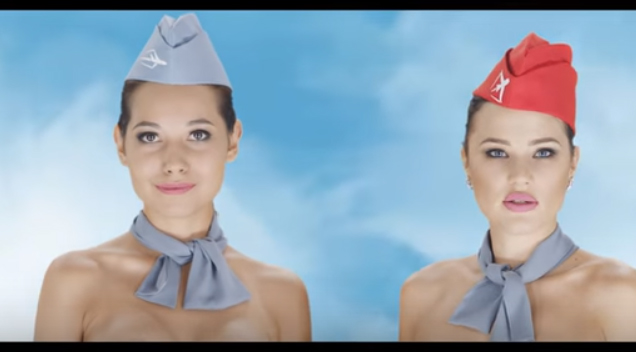 A travel agency is currently facing the heat online after their new ad was released featuring seven naked flight attendants.

Kazakhstani travel agency Choco Travel released an ad featuring seven beautiful flight attendants wearing nothing but a branded hat and a neck tie. The company was branded sexist online for their efforts, but the agency maintains that there was no sexism at all meant by the ad, rather, they only wanted to focus people’s attention on the soaring ticket prices.

Check out the video below courtesy of Choco Travel: