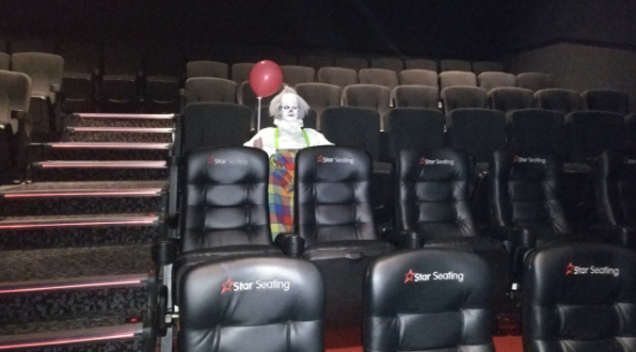 Stephen King’s novel ‘It’ has just hit the cinemas but there’s something seriously sinister with its screenings that’s terrifying people even before the movie begins. Chris is a horror flick fan who’s based in England (@HG_Hohbes), when he went to the movie theater to watch the movie, he came across a really creepy presence in one of the seats.

A creepy clown trying to emulate Pennywise was there with him and Chris decide to take a few photos of the freaky encounter and then he posted his experience on Twitter. He said “I’m first in the screen and this f**king guy’s just sitting there.”

Check out the freaky tweet below by Chris – would you dare stick around?? 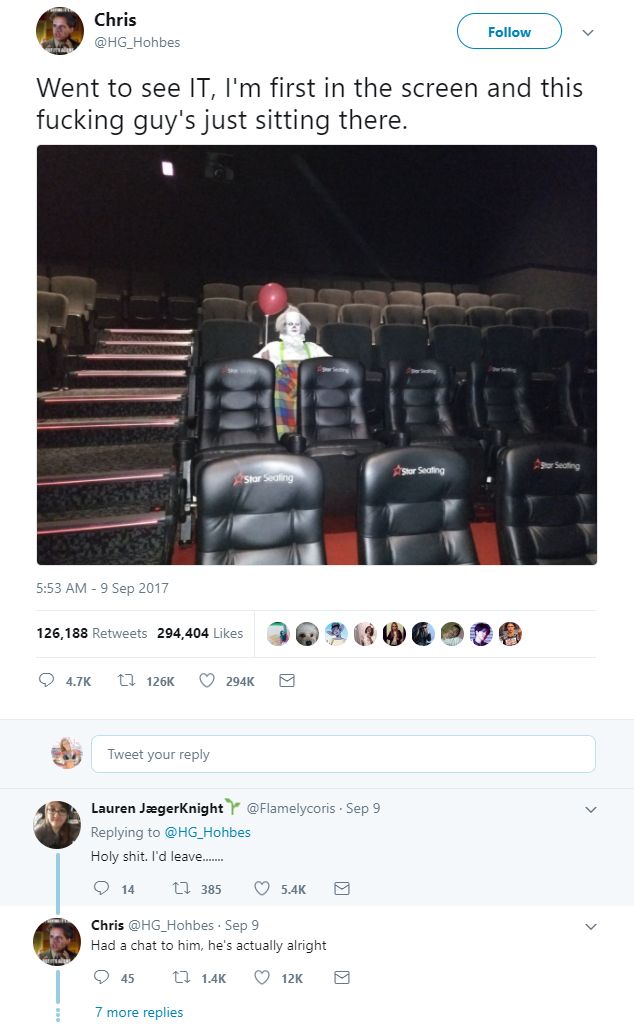