This Sneaky Toddler Stole Some Of Prince Harry’s Popcorn… His Reaction Was Priceless! 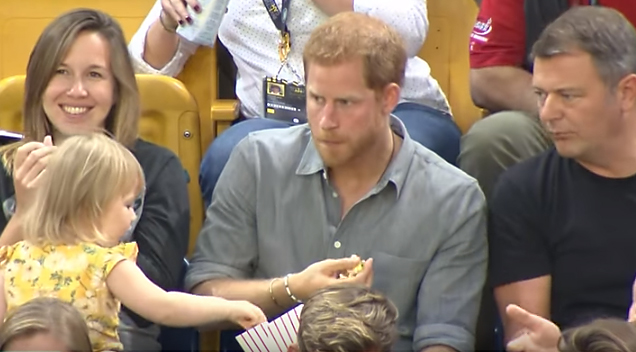 Screenshot was taken from the Royal Family Channel

Prince Harry made a recent appearance at the Invictus Games and was seated next to two-year-old toddler Emily Henderson and her family. As Prince Harry continued to chat away with his friend next to him, Emily continued to steal Popcorn from him at the same time.

Check out the adorable video below courtesy of the Royal Family Channel: