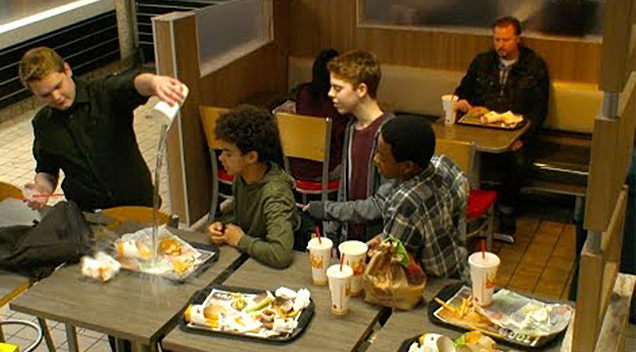 Burger King recently launched a new anti-bullying campaign that’s aiming to raise awareness to the roughly 30 percent of students who are bullied worldwide on an annual basis.

Basically they got some teenage actors to pretend to bully one boy and filmed the reactions of Burger King customers, to see if they’d do something about the bullying.

Check out their reactions below courtesy of Burger King: