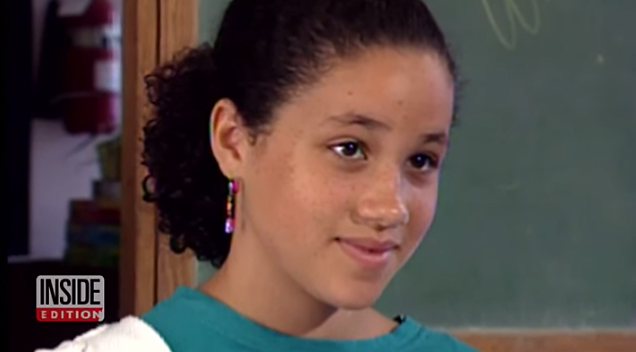 Screenshot was taken from Inside Edition’s video

Most of you would know Meghan Markle as the fiery lawyer from Suits. Well did you know that Meghan was just 11-years-old when she managed to somehow convince America’s biggest multinational consumer-goods manufacturer to alter a line in one of its dishwashing advertisements??

Meghan didn’t like the way a dishwashing-detergent advertisement portrayed women so what did she do? She actually wrote to some powerful people, such as the First Lady (Hillary Clinton) and the head of Procter and Gamble conveying her request for change. Her request was successful, and the advertisement was actually changed! In this video, she can be heard saying “I don’t think it’s right for kids to grow up thinking these things, that Mum does everything… It’s always ‘Mum does this’ and ‘Mum does that'” –  and right there and then you could already tell that she was going to be someone important one day.

Check out her interview below courtesy of Inside Edition: