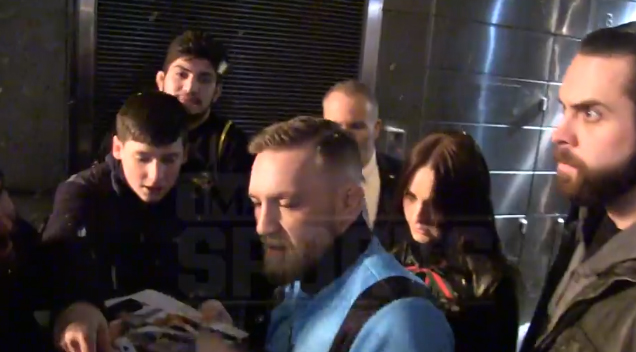 Manny isn’t the only boxer who has expressed interest in fighting McGregor though. McGregor’s former sparring partner Paulie Malignaggi also wants to have a crack and so does Australia WBO champ Jeff Horn and Oscar De La Hoya.

McGregor finally responded to Pacquiao’s message via TMZ Sports. While McGregor was out in about in New York, he was asked about Pacquiao’s Instagram post last week and this was his response: “I think a true fight is what I want to do next… MMA next.”

McGregor hasn’t fought since losing to unbeaten Floyd Mayweather by a 10th-round technical knockout and it looks like The Notorious is heading back to his original roots.