This Student Received A Text Message From A Scammer… Her Revenge Was Priceless! 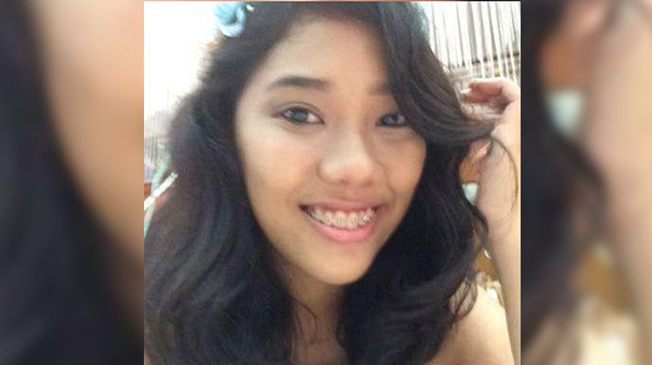 Image source Twitter
This legendary student hit back at a scammer who was trying to scam money from her and her response was pure gold.
When Filipino student Shaina Gimao received a text message from a random scammer called “Gustino Atitus” asking her to provide her personal details so that the scammer can send $1.5 million to her account, Shaina wasn’t fooled. 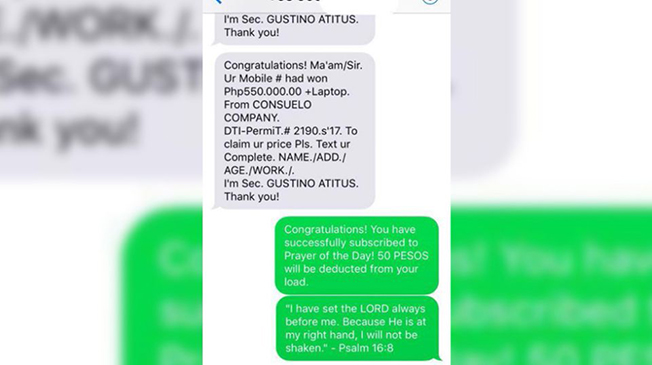 She decided to give the scammer a taste of his own medicine by responding back and saying that the scammer has successfully subscribed to “Prayer of the day” and 50 pesos will be deducted from his account.
The scammer quickly tried to cancel twice but Shaina just continued to string him along. She shared the text message exchange on Twitter with the caption “How to give scammers a mini heart attack” and as expected it has gone viral.
Check out her hilarious response below: 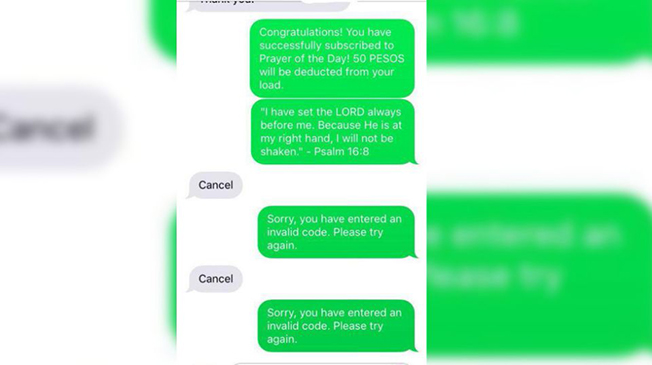