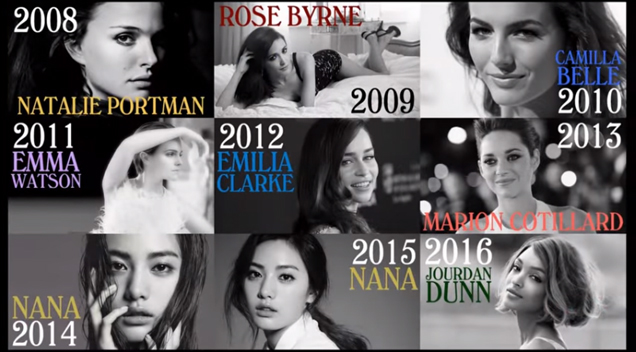 The world famous 100 Faces List is generally considered to be the most internationally recognized and influential list of its kind.

The Independent Critics are a diverse group led by TC Candler – they receive millions of suggestions submitted by the public over the past couple of decades. They then put together a list representative of the modern ideal of worldwide beauty. TC Candler and the members select only 100 faces out of thousands of celebrities and aesthetic perfection is just one of the criteria. Grace, strength, elegance, originality, daring, passion, class and poise are all part of the judging criteria and almost 40 countries are represented on the annual list.

According to The Independent Critics’ 2017 list of “The 100 Most Beautiful Faces” released last Wednesday, Filipino-American model-actress Liza Soberano has been chosen as “the most beautiful face in the world” followed by French model-actress Thylane Blonde and Japanese singer Tzuyu for the second and third spots. Other stars who are also on the list are Emilia Clarke of “Game of Thrones” (27th), Margot Robbie of “Suicide Squad” (33rd) and singer-actress Selena Gomez (56).

Check out the 100 Most Beautiful Faces Of 2017 courtesy of TC Candler: