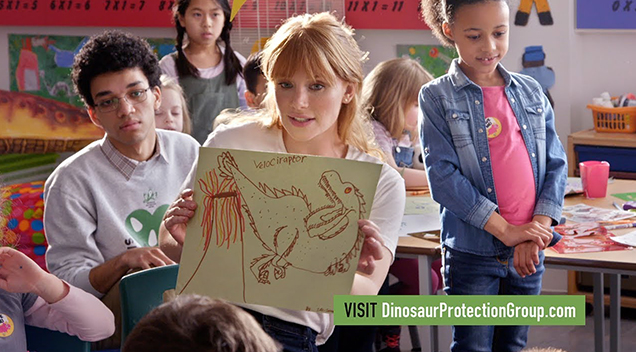 Universal Pictures recently launched The Dinosaur Protection Group which is a new website for Jurassic World: Fallen Kingdom. It contained a lot of new photos and it updated everyone about what Claire Dearing aka Bryce Dallas Howard has been up to for the last three years.

Well, Universal Pictures just released a new video showing Claire educating kids about the extinction-level threat the dinosaurs at Isla Nublar are now facing and the video has gone viral. There’s no sign of Owen Grady aka Chris Pratt yet so watch this space.

Check out the Dinosaur Protection Group video below: