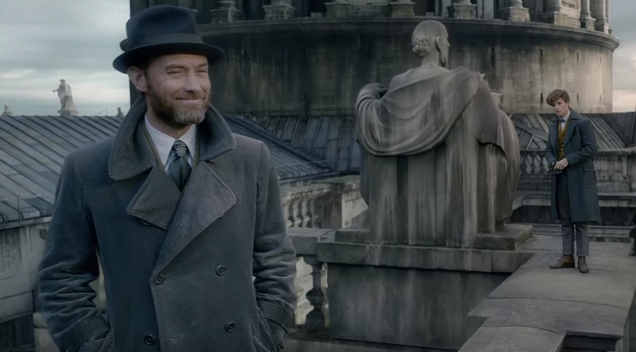 Warner Bros. has finally released a trailer for the upcoming film Fantastic Beasts: The Crimes of Grindelwald and we’re totally pumped!

You’ll recall that at the very end of the first film, the Dark wizard Gellert Grindelwald (Depp) was captured by the MACUSA (Magical Congress of the United States of America), with the help of Newt Scamander. In the latest installment, Grindelwald escapes custody and has started gathering followers with the intention of raising pure-blood wizards to rule over all non-magical beings.

Check out the trailer courtesy of Warner Bros: