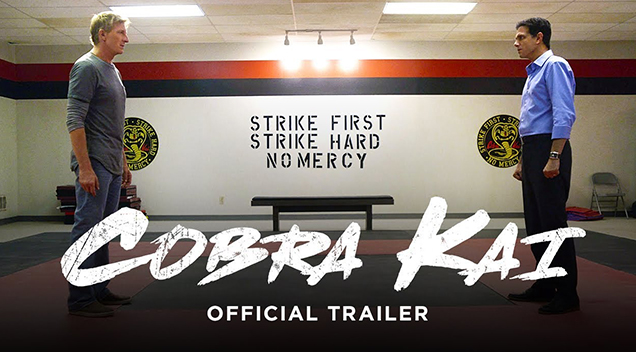 The official trailer for YouTube Red‘s 10-episode series Cobra Kai has finally been released and the rivalry has once again begun.

The original Karate Kid, Ralph Macchio, reprises his role as Daniel LaRusso to once again take on his rival Johnny Lawrence, played yet again by William Zabka. In the much-anticipated return of Karate Kid, the arch-rivals reunite after over 30 years after facing off at 1984 All Valley Karate Tournament.

Check out the trailer below courtesy of YouTube Red: