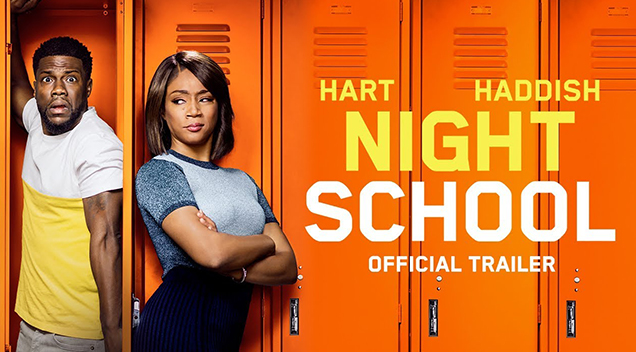 Kevin Hart is taking on Tiffany Haddish in Universal’s “Night School,” and the trailer is side-splittingly hilarious.

Teddy Walker aka Kevin Hart is forced to enroll in high school to get his General Education Diploma after he causes a massive explosion in his business. Carrie aka Tiffany Haddish is his badass night school teacher, who openly admits that she’s taken the teaching gig so she can “make a little cash so that I can afford this warrant I got.” What happens next is a game of cat and mouse between the two hilarious lead stars.

Check out the trailer courtesy of Universal: